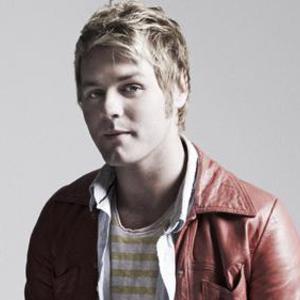 Brian Nicholas McFadden (born on 12 April 1980 in Dublin, Ireland), is an Irish singer-songwriter who rose to fame in the late 90s as a member of the multi-million selling Irish male band, Westlife. He is now a judge on Australia's Got Talent. In June 1998, McFadden auditioned for the new Irish male band (at the time), Westlife with Nicky Byrne and eventually both joined the group alongside Kian Egan, Mark Feehily and Shane Filan.

In June 1998, McFadden auditioned for the new Irish male band (at the time), Westlife with Nicky Byrne and eventually both joined the group alongside Kian Egan, Mark Feehily and Shane Filan. McFadden left Westlife in March 2004 to spend more time with his family - he was married with two children to ex-Atomic Kitten's Kerry Katona - and to work on solo projects.

Following his departure from Westlife, McFadden released his debut solo album, Irish Son which peaked within the top 5 on both the Denmark and Ireland Albums Charts, and produced his first two No. 1 solo singles "Real To Me" in four European countries and also "Almost Here", a duet with his fianc?e Delta Goodrem which gained a platinum accreditation in Australia. "Like Only A Woman Can", the lead single from his second album, Set In Stone (2008), became his third No. 1 single as a solo artist. In 2010, McFadden scored his fourth No. 1 with the hit single, "Just Say So" featuring American rapper, Kevin Rudolf and gained his second Australian platinum accreditation. The single received a nomination at the 2010 ARIA Music Awards for Most Popular Australian Single.

Following the release of "Just Say So", McFadden release his third studio album, Wall Of Soundz in Australia on 23 April, 2010. The album was originally going to be released as a side-project McFadden embarked on with American songwriter Rob Conley but both decided to release it as McFadden's third solo album. It debuted at No. 27 on the ARIA Albums Chart and spent only three weeks in the ARIA top 50. "Chemical Rush" was the second single released from the album in June 2010 and peaked at No. 12 on the charts. In September 2010, McFadden released the third single titled, "Mistakes", a duet with his fianc? Delta Goodrem.