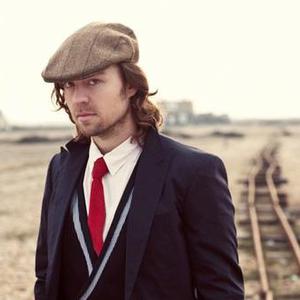 Darren Stanley Hayes (born 8 May 1972 in Brisbane, QLD) is an Australian singer-songwriter. He's best known as the vocalist of the hugely popular 90's duo Savage Garden, whose international hits included "Truly Madly Deeply", "I Want You" and "I Knew I Loved You". Hayes' first solo album Spin was released in 2002, carrying on in the same musical vein as Savage Garden, with a less soft rock sound and more edgy R&B vibe, although the first single Insatiable was a ballad, reaching Number 3 in Australia.

Hayes' first solo album Spin was released in 2002, carrying on in the same musical vein as Savage Garden, with a less soft rock sound and more edgy R&B vibe, although the first single Insatiable was a ballad, reaching Number 3 in Australia. Other singles "Strange Relationship", "Crush (1980 Me)" and "I Miss You" also performed well in charts.

Hayes spent two years working on his second solo album, The Tension And The Spark. Other than the track "I Forgive You" which was produced with Madonna collaborator Marius De Vries, the entire album was produced by Darren himself and Robert Conley (with whom he had previously toured and recorded Crush (1980 Me) for Spin). The album marked a bold change of direction from Hayes. Conley's production was almost entirely electronic, with acoustic instruments buried under walls of sequenced sounds. Although artistically this was a huge step forward and earned Hayes the strongest praise of his career, it seemed to alienate a large portion of his audience who were expecting another album of radio friendly pop songs. The first single Pop!ular was released on July 12, 2004. This single reached Number One on the US Dance Charts, and fared well in the UK. His follow up single, Darkness, failed to chart, leaving Dublin Sky - the planned third release - in limbo. Ironically, "Dublin Sky" was considered by many to be one of the strongest and most accessible songs on the album and the most likely to be a hit.

Truly Madly Completely, Savage Gardens greatest hits album was released in late 2005 and featured two new songs - So Beautiful and California. The tour, 'A Big Night In with Darren Hayes' followed in 2006. In July 2006, Hayes announced that he had married his boyfriend of two years, Richard Cullen, in a Civil Partnership Ceremony.

Hayes released a double album, This Delicate Thing We've Made, on 20 August 2007 on his newly formed independent label ''Powdered Sugar''. "The record features 25 songs recorded with the help of a Vintage 1983 Fairlight CMI syth - a cinematic, theatrical and epic Pop Opus." The first single to come from Hayes' third album was On The Verge Of Something Wonderful to be followed by Me, Myself and (I) later in 2007.
In mid 2010, Hayes announced the completion of this fourth solo album. It is being mixed by Robert Orton. The album will be released in 2011.
The first single from Darren's new album Secret Codes and Battleships is called 'Talk Talk Talk' and will be released on iTunes worldwide on June 24 the same day it is delivered to radio and the music video is released online and debuts on T.V.
Darren wrote and recorded the song in Sweden with producer Carl Falk - it was mixed by Robert Orton and mastered by Bob Ludwig.
On iTunes there'll also be a b-side - Darren's cover version of Madonna's 'Angel'.
http://www.darrenhayes.com
http://www.myspace.com/darrenhayes
http://www.youtube.com/darrenhayes

This Delicate Thing We've Made

The Tension And The Spark