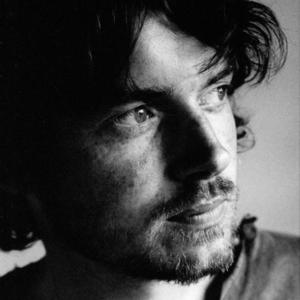 Damien Rice (born December 7, 1973) is an Irish singer-songwriter. He was born in Dublin, Ireland, to George and Maureen Rice and was raised in Celbridge, County Kildare, Ireland. In March 1999 Damien moved to Tuscany, then travelled around Europe, busking the streets. He arrived back in Dublin a year later, with a clear head and full of ideas. Damien started playing and recording music with his first band, Juniper. After a few years he decided creatively it was not for him so he left the band (Newly named Bell X1) to start a solo career.

He approached his music with a new found freshness and decided to put some songs down on record. His grandmother told him he had a distant cousin in London in the music business. Borrowing money from those that would lend it, he recorded his demo and sent it off to his cousin, renowned producer and film composer, David Arnold (Bjork, James Bond). Arnold liked what he heard and provided enough money for Damien to buy his own mobile studio.

Damien Rice formerly sang with Lisa Hannigan and released his debut solo album, O, in Ireland in early 2002. In July 2002 O was released in the UK and it received widespread critical acclaim. In June 2003 O was released in the USA and Europe, with Rice appearing on The Letterman Show and receiving more acclaim from publications such as Rolling Stone, Newsweek and The Boston Globe. Arnold joined him on stage in New York to perform a version of the Bj?rk/Arnold track Play Dead.
He gained further popularity after some of his most famous songs were included in the media. An example of this is 9 Crimes used in the soundtrack of the summer blockbuster Shrek Three and The Blower's Daughter was featured in the movie Closer. Delicate was also featured in the hit T.V. show Lost.

Damien Rice is an intense live act - with emphasis laid on emotional intensity and experiments, rather than technical perfection. At a 2005 concert, for instance, he threw out big cheeses to the audience. This can sometimes be more demanding for the listener than the radio hit edit of the song Cannonball suggests. 'Cannonball' was re-mixed in 2004, for UK radio, to make it more radio-friendly. Rice later was reported to be very unhappy with it, saying to Tom Dunne on PetSounds (Today FM) that he did not "...really like it". He stated that he had allowed the remix to go through only if he signed a contract that would forbid anyone from ever remixing one of his songs ever again.

Damien spent 2004 and 2005 recording the follow-up to O. The album, 9, was released in Ireland on November 3, 2006, on November 6 in the rest of Europe, and in North America on November 14, 2006. Even though the new album maintained Rice's sense of "emotionality," some argued that it did so through volume and intensity rather than with the reflection and lyrical commentary that characterized his first release, O.

Rice has also developed a reputation as a live performer, selling out at venues across Europe and the United States. He is a performer who gives a lot of himself to the audience.

As of March 25th, 2007, this was posted on the Damien Rice official website: After much thought and discussion Damien has decided that his professional relationship with Lisa Hannigan has run its creative course. As a result Lisa will not be appearing at any of the upcoming live shows. Lisa is embarking on her own artistic endeavours and there are no plans for them to work together in the foreseeable future. The current band on tour at the moment are - Damien Rice, Joel Shearer, Shane Fitzsimons, Tom Osander, and Vyvienne Long.

Rumors that Damien Rice is currently dating M&eacute;lanie Laurent, a French actress, has not been verified. However, there have been reports that he is working with the actress to record her debut album.

Live From The Union Chapel