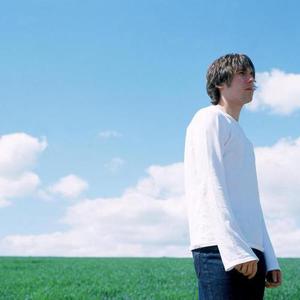 At the time of his passing in September 2003, aged just 24, British singer-songwriter Matthew Jay seemed to be poised on the brink of real stardom. His debut album, 'Draw,' had been released in 2001 to critical and popular acclaim, and his fan base was building rapidly across the globe as more people discovered his music through his international tours, airplay, and his songs featuring in the background music of hit TV shows, especially in Canada and the USA.

The middle child of two semi-professional folk singers, in Plymouth on October 10th 1978, Jay was born into a highly musical family. His parents, Tony and Hilary, performed regularly in a folk band, and when Matthew was only eight years old, he joined the line-up, playing bass, along with his two brothers, Eddy and Pete.

He started writing his own songs as a teenager, and at the end of his final year in high school in 2000, he decided to give his music just one shot before leaving for university to study a nice 'sensible' subject: (optometry). Happily for Jay, after bombarding record labels with his demo throughout the summer, he was signed to EMI. At that point, somewhat unusually, he hadn't even played one solo gig.

While at EMI, Jay released two EPs: 'Four Songs' and 'Friendly Fire,' followed by the critically-acclaimed album 'Draw,' and three singles: 'Let Your Shoulder Fall,' 'Please Don't Send Me Away,' and 'Call My Name Out.' He enjoyed moderate chart success with the singles, and on the strength of this toured extensively throughout Europe and the States, supporting many acts including Starsailor, Travis, Dido and The Divine Comedy.

In 2002 Jay separated amicably from EMI and started work on songs which marked a slight change in creative direction, as he began experimenting with a number of new influences, including hip-hop.

Sadly, in the autumn of 2003, the singer-songwriter died suddenly in the small hours of the 25th of September, in an unexplained fall from his London apartment block. It was a shocking end to what had been a life full of promise, and one built upon a remarkable foundation of accomplishment for one so young.

In 2004, the independent record label Jays Music Ltd released a retrospective album called 'Too Soon': a collection of Matthew Jay early songs and rarities, and followed this in December 2006 with a single: 'What Would Love Do Now,' which was one of the last songs he had recorded.

The new material Jay had been working on until the time of his passing showcased a mature writing style for the artist, which although something of a departure from the tracks on 'Draw,' still maintained his distinctive vocals, and trademark bittersweet and often humourous lyrical style.
An album featuring a selection of these songs is due for release in the spring of 2008, and will be available via his official website.