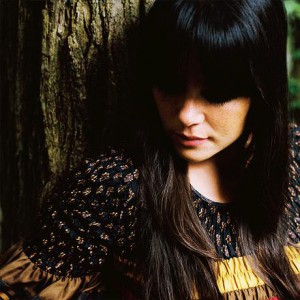 Rachael Yamagata (born on September 23, 1977 in Arlington, Virginia) is a singer-songwriter. She plays piano and acoustic guitar, and her dark, smokey alto garners frequent comparisons to Fiona Apple. Her first full-length album, Happenstance, was released on June 8, 2004. Yamagata became the vocalist for the Chicago funk-fusion band Bumpus, spending six years with them while writing and recording three albums and touring the country.

Yamagata became the vocalist for the Chicago funk-fusion band Bumpus, spending six years with them while writing and recording three albums and touring the country. However, she began to write songs which took on a style that conflicted with the funk vision of the band. In 2001, Yamagata decided to take those songs and pursue a solo career. In September 2002, she landed a two-record deal with Arista's Private Music label, and her EP was released in October.

She also made an appearance in Jason Mraz's second album, singing a song with him called Did You Get My Message?

She also teamed with with Toots & The Maytals to sing Blame On Me.

She also worked with Ryan Adams & The Cardinals on their first album Cold Roses. On that album, where she is credited as: "Our little sis", she did some vocals and played "listenable" piano on the tracks 'Let It Ride', 'Cold Roses' and 'Friends'.

Yamagata sang with Rhett Miller on Fireflies from his 2006 release The Believer.

Her songs have featured on several TV shows, including How I Met Your Mother, ER , Nip/Tuck, Men in Trees, Alias, One Tree Hill, Brothers & Sisters and The O.C., to which she made a guest performance in season 2. Yamagata also contributed a song to Mandy Moore's 2007 album, Wild Hope. She also toured with Moore, opening many of her shows around the country.

On May 22, 2008, a new banner was added to her site indicating the digital release of a new EP, Loose Ends, with three new songs, serving as a preview for the now delayed release of her second full-length album.

In early 2008, her site featured a "teaser video" for the new album. The album was finally released on October 7, 2008. Yamagata's second studio album is called Elephants...Teeth Sinking Into Heart. It was originally slated for release in the late-summer of 2007.

Her highly acclaimed CD Cheasapeake premiered on October 11, 2011. An extensive tour is to follow.