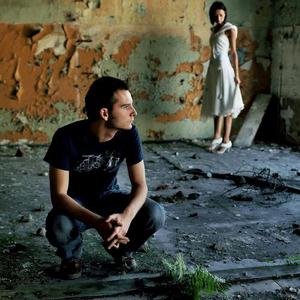 There are at least five bands named "Husky": 1. A rock band from Australia 2. A downtempo duo from Poland 3. A rock band from the United States 4. An indie rock band from Mexico 5. A bass music producer 1) You probably haven't heard of Husky before now. That's because compared to most young musicians operating in this era of uninterrupted connectivity and non-stop self-promotion, the Australian quartet might as well have crafted their debut full-length somewhere atop the snow-capped peaks of the Himalayas.

1) You probably haven't heard of Husky before now. That's because compared to most young musicians operating in this era of uninterrupted connectivity and non-stop self-promotion, the Australian quartet might as well have crafted their debut full-length somewhere atop the snow-capped peaks of the Himalayas. With its warm, acoustic timbres and carefully crafted songs, Forever So is the sound of a band that from its inception cared more about making one sublime album than acquiring a million followers on Twitter.

Front man Husky Gawenda and keyboard player Gideon Preiss are cousins who grew up together and discovered their love of music, together. Though the four band members have disparate tastes, their shared passion for classic sounds, rich harmonies, and artful songwriting points back to the artists they grew up on: Crosby Stills & Nash, Bob Dylan, the Doors, Neil Young, Leonard Cohen, the Beach Boys. Yet while Gideon took easily to the life of the performing musician, playing in myriad bands throughout his teenage years, Gawenda, who spent years writing songs alone in his bedroom, shied away from the spotlight. ?I was actually terrified of performing,? he admits. ?It took a lot of will power to start singing my own songs in front of anybody, but I was determined to do it, because I always had the dream of playing music as my way of life.?

Augmented by bassist Evan Tweedie and drummer Luke Collins, whom Preiss met on the Melbourne music scene, the foursome began playing small local shows in late 2008. From the outset, the band's primary goal was making a record that would bring their songs to full fruition. In a junk-filled bungalow behind Gawenda's rented house, using borrowed equipment and siphoned electricity, they cobbled together a studio. ?We ran all the cables through the garden and into a window,? says the singer. They used every corner of the little cottage?bathroom, kitchen, corridors?sometimes all at once; whatever it took to preserve the vibe of that unique time and place. That attention to ambience is audible in the judicious use of space throughout Forever So, allowing instruments and voices room to breath, echo and resonate.

3) Based in Charlotte, NC, Husky is made up of Mark Hadden (bass), Phil Strickland (guitar), and Nate Wilkinson (drums). Hadden and Strickland began playing together as high school sophomores in 1991. After various band experiences, they recruited Wilkinson and in early 2000 Husky was born. Since their inception, the instrumental trio has grown from spinning improvised epic rock jams to firing off focused, intelligent yet simple tunes. Ranging from thick, head nodding groove-rock to echoing bluesy twang and swirling psychedelia to driving Southern grit, Husky's masculine punch has been embraced by fans of blues and classic rock to modern and stoner rock aficionados. Their improv skills often come into play during live shows. The full-length debut ?Circle the Wagons? was released in March 2006. The follow up album "The Sea King" was released in April 2008. New album titled "Garnet" due in late 2013.

4) Husky is a 5-member band from Monterrey, Mexico, who met at parties and gigs around the city. The quintet began jamming in an abandoned house in the suburbs of the city and began creating catchy tunes with melodic reverb vibes ? due to the architecture of the house. They decided to start playing live in Monterrey, and got the chance to play in some of Monterrey most prominent venues, before the drug war devastated the City's live music scene.

Despite the fact that Monterrey's scene and nightlife was in a rapid decline, Husky managed to keep playing and playing, touring and touring. Husky has managed to build up its reputation in Mexico as a band that knows how to roll with the moment and are always up for anything. During summer ?12 they spent a month doing a residence in New York. Since the band does not count with any kind of support from a label they've learned how to make things happen for themselves, under any sort of circumstances.

The music is full of catchy tunes, and unconventional hits, often described as bubblegum rock. The songs are based on energetic rhythms and decorative guitar and keys arrangements.

Husky has a had a successful live career; sharing the stage with some of Mexico biggest bands like Kinky and Pxndx, as well as sharing the stage with international bands- such as Washed Out, Empire of the Sun, Mystery Jets to name a few- in their tours to Mexico. Furthermore in their residency in New York, they played at some of New York's coolest venues like 285kent in Williamsburg and Cake Shop in the Lower East Side.

Husky has released an E.P. ?Weekend Lovers? and an LP ?Bambino?. Weekend Lovers was released in June 2011, and its single ?Miami? was pick of the week in a Starbuck's nationwide Mexican campaign. ?Bambino?- a long production carrying 10 songs with it- was released in October 2012. With three music videos rolling on YouTube, and in many paths the bloggers and social media gurus have taken them. The video for ?Easy Girl?, their first single from ?Bambino? was recorded and produced in Austin, Texas.

The band is going through an album-promotion phase, having released the single just before putting the album out. They like to have something ?always cooking?, so several video releases are expected for the coming year. Additionally, in 2013 the band is going to tour some cities in Mexico, and hopefully after that start playing again in the U.S.

These guys way of transmitting information, songs, videos, even crazy food recipes are through their social media. As young dudes, they spent lots of their time on Facebook, Twitter, and Instagram ? they have certainly reached a reasonable amount of followers in all of their social media networks.