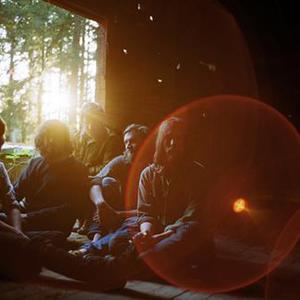 Fleet Foxes released the six-track Fleet Foxes EP in 2006, a five-track EP, Sun Giant on April 8, 2008, and their debut full-length self-titled album, Fleet Foxes on June 3, 2008. It was given 4 stars by Rolling Stone, and compared to the likes of The Beach Boys, Animal Collective, and Crosby, Stills & Nash. On June 6, 2008, they received a 9.0 out of 10 in a review by Pitchfork for their self-titled LP, and on December 19th, the Sun Giant EP and the self titled LP together shared the title of Pitchfork's #1 album(s) of 2008.

The quintet describe their music as "baroque harmonic pop jams." They have played at major venues such as the Bumbershoot Music Festival in Seattle, Washington, South by Southwest music festival in Austin, Texas and Sasquatch! Music Festival at the Gorge Amphitheatre in May 2008. On June 24, 2008, Fleet Foxes went #1 on the CMJ Radio 200 Chart..

The band's second album, Helplessness Blues was released on May 3, 2011. The title track and first single was released as a free download on the band's website in January 2011. The band also announced that Morgan Henderson, a former member of The Blood Brothers and Past Lives, had joined the band as a multi-instrumentalist.

In January 2012 drummer J.Tillman announced on his TUMBLR that he had left the band. 'Farewell Fleet Fans and Friends. Back into the gaping maw of obscurity I go. Tokyo is my last show with the Foxes. Sorry if I was distant and obtuse if we ever met. Have fun.'