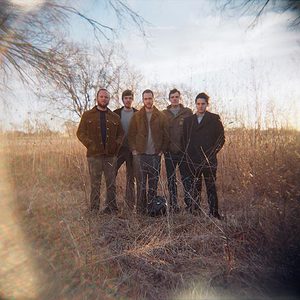 Later the band began to lean more toward an indie rock sound. Tim Smith quit playing saxophone and began writing songs that were heavily influenced by bands such as Jethro Tull, Radiohead, Travis, and Grandaddy. Smith says about that: "We don't want to get called a Radiohead rip-off band. I think Radiohead is a lot closer to my natural tendencies as a songwriter than a band like, um, Jethro Tull. I listen to way more Jethro Tull than I do Radiohead these days, but I could write 10 Radiohead songs before I could write one Jethro Tull song. I want to sound more like Jethro Tull, but I just can't. That's a big struggle."

Jacobs left the band and Eric Nichelson took over on keyboard. Jason Upshaw joined the band as a guitarist. Live recordings from this period, recorded at Denton's Panhandle House studio, were never released as the band felt they had moved beyond the material.

Soon before their debut EP, Milkmaid Grand Army, was recorded, Upshaw was replaced on guitars by Eric Pulido, a longtime friend of drummer Smith, to form the current lineup. Their debut full-length album, 2004's Bamnan and Slivercork, was recorded at home in Denton, Texas and mastered at Abbey Road Studios. It showed a move in the direction of lo-fi psychedelic electronica, embracing influences such as Grandaddy and The Flaming Lips. The album even caught the ear of skateboarder-turned-actor Jason Lee, who produced and directed the music video for the song 'Balloon Maker'[1], and who continues to support and promote the band.

In 2006, after nearly a year and a half of recording and re-recording, they completed their second release for Bella Union ? The Trials of Van Occupanther. The album was met with generally positive reviews.

The 3rd album release by the band is called The Courage of Others. It was released on February 1, 2010. The album sleeve pays homage to Andrei Rublev, a 1966 film by Russian writer and director Andrei Tarkovsky.

In this album Smith focusing on the human condition, death, courage (as per the album's title), and nature. The band put aside the wonderfully corny synthesizers they used on the last record in favor of a 100-percent organic approach that fits their bearded poets of the mountain image. The album has received overwhelmingly positive review.

For The Sake Of Bethel Woods

The Courage Of Others CD1

The Courage Of Others CD2

The Courage Of Others

The Trials of Van Occupanther