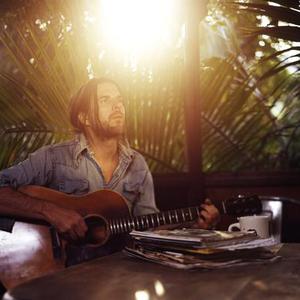 Jonathan Wilson (born December 30, 1974, in Forest City, North Carolina) is an American singer/songwriter/multi-instrumentalist/producer who is now based in Los Angeles. Wilson completed a solo album entitled, Frankie Ray in 2007 that was never officially released. Since then, Wilson has recorded the full length album, Gentle Spirit, which was released in 2011. The same year, Wilson was named Uncut Magazine's 2011 "New Artist of the Year".

Wilson's early experiences was as co-founder pf the band muscadine with Benji Hughes in 1995. The band released their debut album, The Ballad of Hope Nicholls, in 1998.