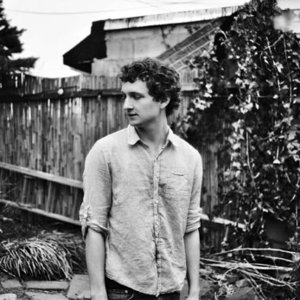 Sam Amidon (real name Samuel Tear) was born in Brattleboro, Vermont, on June 3, 1981. His parents are Peter Amidon and Mary Alice Amidon, both well established folk musicians. Sam is a member of the Icelandic music collective/record label Bedroom Community. Folk music runs freely throughout the New England heartland of Vermont, and the Amidon family are a strong lifeline in that movement's heritage. Both Sam's parents, Peter and Mary are performers and teachers of music. Growing up in this solid environment with strong family ties most certainly set the scene for Sam's musical trajectory.

Folk music runs freely throughout the New England heartland of Vermont, and the Amidon family are a strong lifeline in that movement's heritage. Both Sam's parents, Peter and Mary are performers and teachers of music. Growing up in this solid environment with strong family ties most certainly set the scene for Sam's musical trajectory. His little brother is the great Stefan Amidon, who is a drummer.

Learning fiddle at the age of three, and recording/performing since 1988, Sam has been involved musically with The Amidons (a band formed by his parents that is dedicated to traditional dance and music forms), Popcorn Behavior/Assembly, Doveman, Stars Like Fleas, Nico Muhly, Childsplay, Wild Asparagus, Siucra, Markus James, Seamus Egan, Billy Budd, Tall Firs, Elysian Fields and Eye Contact, to name quite a few.

Not only was Sam blessed by having talented musicians as parents, he also received tutelage and mentorship along the way from some very well respected artists, including fiddlers Mary Lea and Sue Sternberg, free jazz legend and former Anthony Braxton sideman Leroy Jenkins, and downtown/jazz violinist Mark Feldman.

Sam's first album, Solo Fiddle, was released in 2001, and mainly comprises of a collection of his interpretations of traditional Irish fiddle pieces recorded with Assembly, a folk band that Sam formed when he was a teenager, and which also features his drummer brother Stefan.

Early in 2007, Sam returned with But The Chicken Proved False Hearted, a collaboration with Thomas Bartlett, published on Plug Research, which focused on songs cherry-picked from the vast repertoire of traditional American folk music.

In 2008, Sam released All Is Well on the acclaimed label Bedroom Community. All Is Well was produced by Valgeir Sigur?sson, with orchestral arrangements by Nico Muhly and contributions from Stefan Amidon, Ben Frost, Eyvind Kang, and Aaron Siegel. In 2009, Amidon debuted Muhly's reworked folk composition ?The Only Tune? at Carnegie Hall, a composition also appearing on Muhly's 2009 Bedroom Community album Mothertongue. Amidon also released the 2009 LP Fiddle and Drum, featuring free improvisation with Siegel.

On Amidon's newest release, I See The Sign (2010), he works with old-time melodies and lyrics as a starting point for creating atmosphere. His long-time collaborator, Shahzad Ismaily ? a multi-instrumentalist and composer who has worked with a diverse range of musicians including Laurie Anderson, Bonnie ?Prince? Billy, Jolie Holland, Rage Against the Machine, Lou Reed, and Tom Waits ? proved foundational to the creation of I See The Sign. The album features three children's singing games popularized by Georgia Sea Islands songstress Bessie Jones, recomposed by Amidon to expose maturity and unease. Each of Amidon's albums has shone with the care and support offered by his collaborators, and never is this clearer than on the sweeping epic of I See The Sign.

Home Alone Inside My Head

But This Chicken Proved Falsehearted