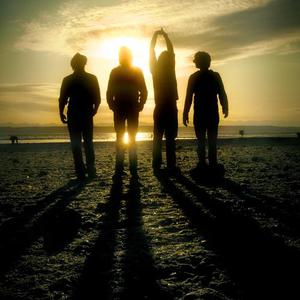 Judging from the first material, Grand Archives isn't a drastic change from the songwriting shown by Brooke in both Band of Horses and (even more so) in Carissa's Wierd. The latter in which he took even more part in the song-writing process.

The band emerged to little fanfare in March 2007 with two tracks posted to their MySpace page. Following an initial show with Brooke's fellow former Carissa's Wierd bandmate Sera Cahoone however, the band had their track "Sleepdriving" added to Pitchfork Media's Forkcast playlist, which provided the band with substantial Internet exposure. Pitchfork then published a more in-depth feature on the band, discussing all four demo tracks from their MySpace page.

Soon after, the band were hand-picked to support Modest Mouse on seven west-coast tour dates, and it was also announced that Sub Pop had signed the band for a full-length album.

The band released a 4 song EP May 2007 and their full length self-titled debut was released on Sub Pop February 19, 2008.