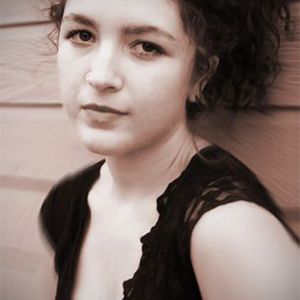 Music has played an integral part in Lauren Shera's life from the very beginning. The New York native grew up surrounded by an eclectic range of performers. When she was 13, her family relocated to northern California at the same time that she picked up the guitar. Shera swiftly developed a reputation in the folk-indie world, joining the ranks of such artists as Jessica Lea Mayeld, Iron & Wine and Gillian Welch, and earning titles such as ?Princess of Power? and ?Folk music's new royalty.?

Shera swiftly developed a reputation in the folk-indie world, joining the ranks of such artists as
Jessica Lea Mayeld, Iron & Wine and Gillian Welch, and earning titles such as ?Princess of Power? and ?Folk music's new royalty.?

In 2008, she studied at the renowned Old Town School of Folk Music in Chicago, where she expanded her knowledge of traditional folk music and honed her skills as a singer and a musician while adding ukulele and clawhammer banjo to her arsenal.

Her original songs and soulful voice combine to make a sound that is equal parts powerful and
melancholy; she weaves her opulent sound together with the performances of various instruments, including the mandolin, violins, cello, banjo and more. Her personal experiences with grief and emotion translate eortlessly into stunning musical arrangements, haunting melodies and honest lyrics.

?Every generation or two, a voice comes along that redenes what you thought you knew about
music and touches you deep down in your soul?? said Phil Lesh from the Grateful Dead about Shera. ?Her voice is going to dene the next generation of folk music.?

Shera's most recent project ?Once I Was A Bird,? re-tells the stories of her hard-learned lessons with heartbreaking transparency, while imparting solace and wisdom to the listener. The album's lush sounds and beautiful temperament are complimented with guest performances by Abigail Washburn, and Kristin Hersh (Throwing Muses).

?It's important to me that people are able to relate to [the album],? said Shera. ?and take out of it a shared experience that everyone has been through in some form or another.?

Be sure to catch the always captivating Lauren Shera on tour this summer!