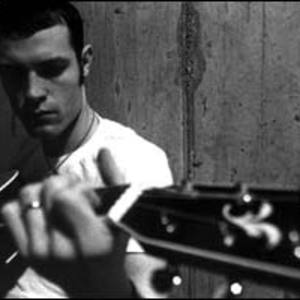 Rocky Votolato is an American musician. He was born in rural Texas in 1978, though was raised in the Pacific Northwest. When his former band Lying on Loot disbanded in 1996, Rocky Votolato, along with friends Rudy Gajadhar (drums) and Andrew Hartley (bass), started playing under the name Waxwing. Rocky's younger brother Cody (The Blood Brothers) soon joined the band on second guitar, and the band recorded their debut 7" for Henry's Finest Recordings. In 1999, Second Nature Recordings released their first full-length, entitled 'For Madmen Only'.

Blending straight-up rock with elements of post-hardcore, and Cody's metal reminiscent guitaring, Waxwing soon established a strong local following. It was a feat built upon with their two succeeding albums 'One For the Ride' (2000) and 'Nobody Can Take What Everybody Owns' (2002).

In 1999, Rocky Votolato branched out from his work with Waxwing, having written a handful of songs which did not really fit in with their more aggressive, fast tempo syle. Along the way he has toured with the likes of Damien Jurado, Small Brown Bike, The Get Up Kids, The New Amsterdams, Owen and The Casket Lottery, members of the latter having provided assistance as backing musicians on occasion. His studio albums have also been littered with appearances from some of Seattle's finest musicians (including players in the bands Red Stars Theory, Sharks Keep Moving, The Blood Brothers, Death Cab for Cutie, Pedro the Lion and Sub Pop solo artist Rosie Thomas). On the production side, Votolato has worked with Matt Bayles (Pearl Jam, Botch, Murder City Devils, Hayden), along with Chris Walla (of Death Cab for Cutie). It is a creative input which has helped see Rocky progress sylistically with every release, from his low key self-titled album released in 1999 - all pretty much recorded live, right through to his recent, alt-country, folk-esque offering, 'Makers'. A video was shot for the first track of Makers, "White Daisy Passing", a song which also appears on the soundtrack of the forthcoming Seattle indie feature film Cthulu.

Rocky also starred in the film 'The Edge of Quarrel', which he worked on with Dave Larson from Excursion Records. It also includes members of the Murder City Devils and Botch, and is about a gang war between straightedgers and punk rockers.

He is married with two children, and lives in Seattle.