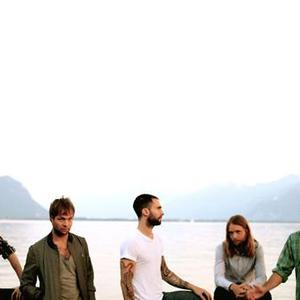 Maroon 5 has won several awards for its debut album Songs About Jane. Released in June 2002, the album enjoyed major chart success, going gold, platinum, and triple platinum in many countries around the world. In support of Songs About Jane, Maroon 5 toured extensively throughout 2003 ? 2005, in which a live album was released, entitled Live - Friday the 13th. Original member Ryan Dusick left the band in September 2006, due to injuries sustained by the constant touring, and was replaced by Matt Flynn.

After a hiatus from the music scene, Maroon 5 released their second studio album, It Won't Be Soon Before Long in May 2007, five years after Songs About Jane. The second set debuted at #1 on the Billboard 200 with first week sales of nearly half a million. The album has since gone on to become platinum with 1.8 million albums sold in the United States alone and over 3.5 million world wide. The band performed throughout the summer and fall of 2007, including a North American tour with The Hives. They followed that with a world tour with New Found Glory. Beginning March 28, 2008, they toured with Counting Crows and Sara Bareilles.

Maroon 5's third studio album Hands All Over was released in the U.S. on September 21, 2010. It was recorded in 2009 in Switzerland, where the band joined forces with record producer Robert "Mutt" Lange. Valentine revealed in November 2009 that the new album had been titled Hands All Over.[37] In May 2010, they revealed that they had written 15 songs for Hands All Over. They are: "How", "Never Gonna Leave This Bed", "Last Chance", "Don't Know Nothing", "Out of Goodbyes" (featuring Lady Antebellum[38]), "I Can't Lie", "Give a Little More", "Misery", "Stutter", "Just A Feeling", "Runaway", "Get Back In My Life", "No Curtain Call" and "Hands All Over". Hands All Over was released on September 21, 2010. The album's first single, "Misery", was released on June 22.

The Payphone Songfacts reports that Maroon 5's fourth album, Overexposed will be released on June 26, 2012. First single ?Payphone' was debuted on The Voice on April 16, 2012 and released for download immediately afterwards.