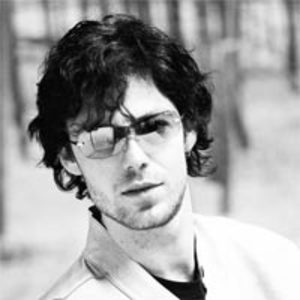 Remy Shand (born, 1978 In Winnipeg, Manitoba, Canada)Was born to Jeremy Shand and Ana Olsson. His father was of English descent and his mother was of Swedish descent. Since the age of 12, Remy Shand had learned to play the guitar and acoustic bass. At a young age while most people his age during the 1980s and 1990s were influenced by early hip hop and pop music, his father was into soul. Shand says that instead his father influenced and exposed Shand into R&B/soul such as Steely Dan, Marvin Gaye, Al Green, Herbie Hancock, Isley Brothers and Stevie Wonder.

During his home schooling in Winnipeg he had barged and searched for his parent's R&B, blues and soul albums, spending a lot of time in his basement sampling old retro music. Shand's funk sense of music typically made him an outcast from outsiders who did not share his passion. The soul styling music of Remy Shand is considered and labeled by some as neo soul. His parents had encouraged him to earn his GED, and to work on his music just as a project.

By the age of 19 Remy Shand managed to send a demo tape to Steve Warden who became his manager and helped to find Shand a prominent record deal. Three months after Shand had a chance to be signed a recording deal he was offered two different labels for development but turned down the offer, fortunately Universal Music Canada had signed Shand to a record deal with Motown Records in the United States. Recording and mixing on Shand's debut album, The Way I Feel, began during the spring of 2001 at his home in Winnipeg. The album featured songs such as "The Colour of the Day" and "I Met Your Mercy", are a few examples of his particular genre. Shand says his track "Everlasting" was sort of the blueprint towards The Way I Feel's content, being the oldest track on the album (it was recorded in 1998).

The Way I Feel was released on March 12, 2002, and won a Juno Award for Best R&B/Soul Recording in the 2003 Juno Awards. Other than being successful in Canada, he managed to sell roughly 500,000 albums in the U.S. Shand received four Grammy nominations for his work.

Shand's wife (since 2001) is Maiko Watson, a singer from the now-defunct girl group Sugar Jones, who were featured on Global's Popstars.