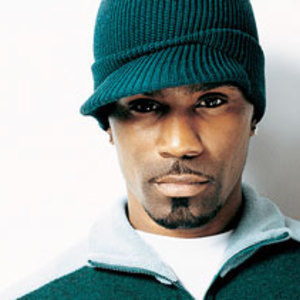 Glenn Lewis (born Glen Ricketts on March 13, 1975 in Toronto, Canada) is a soul singer and songwriter. Originally planning to pursue a career in animation as a teenager, Lewis instead decided to focus on music. His father was a member of the musical group Crack of Dawn. Lewis has cited Stevie Wonder as his biggest inspiration, and Glenn has often been compared to him because of their similarities in their tones. Glenn singing first garnered attention when he won a high-school talent contest by covering Wonder's "I Just Called to Say I Love You".

After high school, Glenn began recording demos and performing at nightclubs, eventually becoming a respected act in Toronto. He parlayed this success into the release of his first single, "The Thing To Do," in 1998 on Beat Factory/BMG. The song won him a Juno Award for Best R&B Recording. His second single, "Bout Your Love," earned him a Juno nomination.

This exposure eventually landed him a deal with Epic Records. Glenn's debut album, World Outside My Window, was released on March 19, 2002. Fueled by the hit single "Don't You Forget It," the album peaked at #4 on the Billboard charts. He promoted the album by touring with R&B singers Alicia Keys and Tweet, among others.

In 2002, Lewis recorded a cover version of "Superstition" for the tribute album, Conception: An Interpretation of Stevie Wonder's Songs. Glenn also makes a brief appearance in the 2002 film Maid in Manhattan starring Jennifer Lopez and Ralph Fiennes. He contributed the song "Fall Again" to the film's soundtrack. A concert DVD, Glenn Lewis Live, was released in 2003.

Glenn prepared his sophomore album, Back For More for release in 2003. The first single, also titled "Back For More," and featuring rapper Kardinal Offishall, was released to radio and a video began to air. Unexplicably, the album was pushed back, first to later in the year, then to 2004. It remains unreleased. In the meantime, Glenn netted a Grammy nomination for his contribution to Stanley Clarke's "Where Is The Love", a duet also featuring Amel Larrieux.

Glenn left Epic Records in 2005, and is currently signed to Underdog Entertainment. According to Glenn's MySpace page, a new album, Remember Me, will see release in the spring of 2007.

World Outside My Window