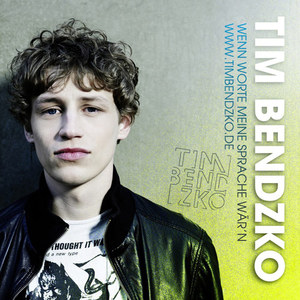 Bendzko grew up in Berlin. As a youth he attended a sports school and played at the first FC Union Berlin football. Later he studied Protestant theology and non-Christian religions. His musical career began with guitar lessons. At age 16 he wrote his first song. He was a winner of a talent competition he participated in during the summer of 2009 before 20,000 spectators at the Berlin Waldb?hne. Thereafter he devoted himself entirely to his music.

He received a recording contract with Sony Music and on 17 June 2011 his debut album "Wenn Worte Meine Sprache W?ren" was released, from which the single "Nur Kurz Die Welt Retten" appears.