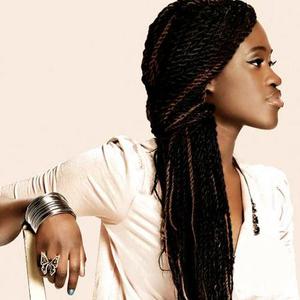 Ivy Quainoo (born 1992) is a German Pop-, Soul- and R&B-singer. After succesfully completing her Abitur in 2011 she attended a stage art school in Berlin-Kreuzberg. Originally being from Ghana she won the first season of the popular reality talent show "The Voice of Germany" on February 10 in 2012. Her chosen mentors during the show were Boss and Hoss from the German Rock'n'Roll Group The BossHoss.

She has released one official single, "Do You Like What You See" during the final voting procedure, lasting one week, which peaked at #2 in the German iTunes Single-Charts. Her first studio album "Ivy was released on 2nd of March 2012, including 12 new songs, her single "Do You Like What You See" and a cover live version of Florence + the Machine's "Shake It Out" featuring the lead singer Florence Welch.