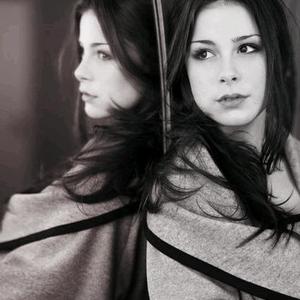 There are at least four artists with this name: 1. Lena Meyer-Landrut (born 23 May 1991), also known by her stage name Lena, is a German singer. She represented Germany in the Eurovision Song Contest 2010 in Oslo, Norway, and won the contest with the song "Satellite" which also became #1 in european charts. So far she released 2 Albums "My Cassette Player" and "Good News", which both debuted at number one in the German albums chart. In 2011 she won EMAs for Best German Act and Best European Act.

1. Lena Meyer-Landrut (born 23 May 1991), also known by her stage name Lena, is a German singer. She represented Germany in the Eurovision Song Contest 2010 in Oslo, Norway, and won the contest with the song "Satellite" which also became #1 in european charts. So far she released 2 Albums "My Cassette Player" and "Good News", which both debuted at number one in the German albums chart. In 2011 she won EMAs for Best German Act and Best European Act.

2. Lena is french electronic composer Mathias Delplanque's dubby techno project.
It debuted in 2002 with the album "Lane" and the latest record (from 2010) is called "Circonstances / Variations 1-4".

3. Lena is a multi-instrumentalist new to the ambient/experimental music scene. She released her debut Extended Gestures for Cello in 2007, on Hypnos Secret Sounds.

4. Lena Burke, aka Lena or Lena P?rez is a Cuban pianist, composer and singer.

5. Lena is an Italian musical project produced by Roberto Zanetti, "Run to Me" is the only song recorded by the artist.

1) Lena Meyer-Landrut (born 23 May 1991), also known by her stage name Lena, is a German singer. She represented Germany in the Eurovision Song Contest 2010 in Oslo, Norway, and won the contest with the song "Satellite". With her three entries from the German national final Unser Star f?r Oslo (Our Star for Oslo), Meyer-Landrut set an all-time chart record in her home country by debuting with three songs in the top five of the German singles chart. "Satellite" debuted at number one in Germany, and has been certified triple gold since. In May 2010, Meyer-Landrut released her first album, My Cassette Player, which debuted at number one in the German albums chart.

Despite having had no professional singing experience, Meyer-Landrut decided to take part in the talent show Unser Star f?r Oslo (Our Star for Oslo), a newly created national television programme to select the German entry for the Eurovision Song Contest 2010 in Oslo. The show was organised by public broadcaster ARD and private television station ProSieben, as well as entertainer and music producer Stefan Raab. Among 4,500 entrants, Meyer-Landrut was picked as one of the 20 contestants for the show. Asked about her motivation to apply, she stated, "I like to test myself. I wanted to see how I am perceived, and I wanted to hear what people with knowledge have to say about it. I personally can't judge myself at all."

After her first appearance, performing "My Same" by British singer Adele, Meyer-Landrut received much praise from the show's jury panel and was instantly considered the favourite. The following week, Adele's "My Same" entered the German singles chart at position number 61. Meyer-Landrut reached the final of Unser Star f?r Oslo, mainly performing lesser known songs of international artists such as The Bird and the Bee, Kate Nash, Paolo Nutini and Lisa Mitchell. Out of her eight cover performances, five of the original songs subsequently charted in Germany, with all but one reaching their peak chart position. In the final on 12 March 2010, Meyer-Landrut sang three songs specifically written for the contest, "Bee", "Satellite" and "Love Me". Through televoting, the audience chose "Satellite", written by American Julie Frost and Dane John Gordon, to be her designated song in case she wins the show. In a second round of voting, Meyer-Landrut was chosen as Germany's entry for the 55th Eurovision Song Contest, beating the last remaining contestant, Jennifer Braun. The music video for "Satellite" was shot during the night of the final and premiered on German television stations four days later.

Throughout the show, Meyer-Landrut was seen as the clear favourite, often leading internet polls by huge margins. One day after winning Unser Star f?r Oslo, all three of the songs performed by her in the final topped the German iTunes Store sales chart, making her the first singer to achieve that. "Satellite" sold over 100,000 downloads in its first week, becoming Germany's fastest selling digital release ever. Her three songs all entered the top five of the German singles chart, reaching positions number one, three and four, which no artist had ever achieved since charts were first released in Germany in 1959. "Satellite" was eligible to be certified gold after the first week and platinum after the fourth week of its release. The song has remained at number one for five consecutive weeks in Germany. It peaked at number two in both Austria and Switzerland.

While competing at Unser Star f?r Oslo, Meyer-Landrut continued to attend school. The last show was held one month before the start of her final exams. Following her exams, she released her debut album, My Cassette Player, on 7 May 2010. Produced by Stefan Raab, it includes the singles "Satellite", "Love Me" and "Bee", as well as two cover songs and eight unreleased titles. Meyer-Landrut is credited as a co-writer for the lyrics of five songs. The album debuted at number one in the German albums chart, number three in both the Austrian and the Swiss albums chart and number five in Billboard's European Top 100 Albums.

The final of the eurovision song contest was held on 29 May 2010 at Oslo's Telenor Arena. She won the contest with hte song "Satellite", giving Germany its first win since 1982, and the first victory as a unified country. She returned to Hanover the following day, where she was greeted by 40,000 people. In June, "Satellite" regained the top spot in the German singles chart for one week and also peaked at number one in Denmark, Finland, Norway, Sweden and Switzerland. It also topped European Hot 100 singles chart, being the first Eurovision song to achieve this.

Meyer-Landrut attempted to defend her title in the 2011 Eurovision Song Contest. She was the third winner to do so, and the first in over 50 years.

In January 2011, the TV-Show "Unser Song f?r Deutschland" was announced. The viewers of the show decided for Meyer-Landrut's 2011 Eurovision song. All twelve songs Meyer-Landrut performed during that show were recorded on her second studio album Good News which was released on 8 February 2011. The album debuted at number one of german album charts and managed to reach a Gold status for selling more than 100,000 units in Germany in its first week of release.

On February 18, the "Unser Song f?r Deutschland" final was held and it was decided through televoting that Meyer-Landrut would perform the entry "Taken by a Stranger" in the final of the Eurovision Song Contest 2011 where it was placed tenth. The song was released at 22 February 2011.

In April 2011 she went on her first German tour in the largest concert halls in Berlin, Hanover, Frankfurt, Dortmund, Leipzig, Hamburg, Munich, Stuttgart and Cologne. The concert in Frankfurt was recorded on video and was released on DVD in May 2011.


She also sang the theme song to the German movie What a Man.

Following her success in Germany, Meyer-Landrut has said she would enjoy a singing or an acting career, but explained, "I'm not fixated on doing music my whole life." She stated she originally planned to study acting after graduating school, but now is unsure "if time allows". She has said her musical influences include Adele, Kate Nash, Vanessa Carlton, as well as the German singer Clueso and German pop rock band Wir sind Helden.

3) A multi-instrumentalist new to the ambient/experimental music scene, Lena released her recording debut Extended Gestures for Cello in 2007, on Hypnos Secret Sounds. The full-length CD release was preceded by an extended CD-single "taster" release, Alchemy of Fingers and Dark, which features 2 tracks from the album, as well as 2 remixes by M. Griffin and one demix each by Austere and the Mystifying Oracle.

Lost In You (CDS)

It's A New Day