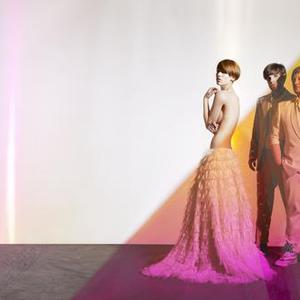 Frida Gold is a German band from Hattingen at the Ruhr. The band name came from the song "Frida" By Axel Bosse. Later they added "gold" to that, because the band wanted to have a double name and gold brings with it the associations of high value, warm, bright, non-copyable and clean. The band stands at Warner Music under contract and makes pop music with German lyrics. The songs are mainly written by the singer and bassist Andy Alina S?ggeler Weizel.