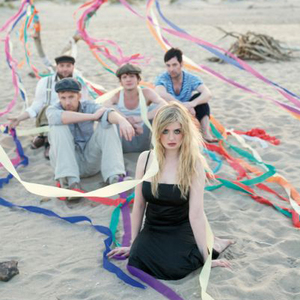 Klee is a German Pop-band from Cologne. Their musical influences however, are mainly from British bands like New Order, The Cure, The Smiths, and The Beatles. In 1996 Suzie Kerstgens, Tom Deininger and Sten Servaes founded the band Ralley, but an accident forced them to take a break and reform as Klee in 2002. The name was inspired (according to Suzie Kerstgens) by the work of Paul Klee, and also refers to the four leaf clover as a good luck symbol. As KLEE they released their first CD "Unverwundbar" in 2002 with the respectable Club-Hits "Erinner Dich" and "Lichtstrahl".

Their second outcome was "Jel?ngerjelieber" with their so far biggest chart-success "Gold" and "2 Fragen", which became the theme for the campaign ?Die Gesellschafter? by the German association ?Aktion Mensch?. After playing about 150 concerts in 2004 and 2005, presenting ?Gold? in the TV-Show ?Bundesvision Songcontest?, supporting Nena on her tour, and releasing their second Album in the USA (under the name ?Honeysuckle?, with three exclusive tracks in English language) they released their third album on 04. August 2006: ?Zwischen Himmel und Erde?, which entered the German Album-Charts on a sensational 17th rank! Their current single is "Dieser Fehler".