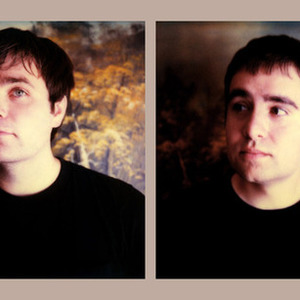 The Postal Service is an indie electropop band based in Seattle, Washington, United States, which started life as a side project for singer Ben Gibbard of Death Cab for Cutie and producer Jimmy Tamborello of Dntel, Headset and Figurine. The group formed, in 2001, after Gibbard contributed vocals for a song on Dntel's album Life Is Full of Possibilities called (This Is) The Dream of Evan and Chan.

The band released their debut album Give Up on 18 February 2003 at Sub Pop label. Several songs on this album feature guest vocals from Jenny Lewis, the lead singer of Rilo Kiley, a band which was once on the same label as Death Cab (Barsuk Records) and vocals from Jen Wood, an indie rock solo artist. Chris Walla recorded some of the songs and played the piano on Nothing Better.

The group's name comes from the manner in which their songs were written, due to the fact that the two of them lived too far away to be able to work together in person. Tamborello would create beats and mail them to singer and lyricist Gibbard, who would then edit them and put his melodies over the tracks and mail them back. Gibbard didn't write any of the lyrics until the tracks were completely finished.

In August 2003, the United States Postal Service sent the band a cease and desist letter, citing its trademark on the phrase "postal service". After negotiations, the USPS relented, allowing the band use of the trademark in exchange for promotional efforts on behalf of the USPS and a performance at its annual National Executive Conference. Additionally, at one point the USPS website sold the band's CDs. In 2007, "Such Great Heights" appeared in the background of the "Whiteboard" advertising campaign for one of the federal establishment's private competitors, the United Parcel Service.

Despite the fact that their main bands are still active, The Postal Service has supported its full-length album Give Up with a successful concert tour and has stated intentions to tour more in the future. The album's most notable single was Such Great Heights that has been featured in various television commercials, series, and movie trailers also remixed by John Tejada. The album also recently became the most successful album for the Sub Pop label since Nirvana's debut album Bleach.

At least two songs have been recorded as of June 2006 for the newest The Postal Service album.

Everything Will Change CD2

Everything Will Change CD1

Give Up (Deluxe Edition) CD2

Give Up (Deluxe Edition) CD1

A Tattered Line Of String (CDS)

We Will Become Silhouettes (MCD)