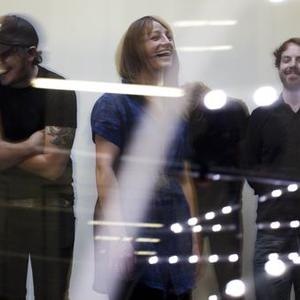 Headlights were an indie rock band from Champaign, IL, formed in 2004-2012. The band was formed following the dissolution of Absinthe Blind, when members Erin Fein, Seth Fein and Brett Sanderson formed a band named Orphan (not Orphans, as it is commonly misspelled). It was only when Tristan Wraight started writing songs with Fein that Headlights was formed. The band has since expanded to include Nick Sanborn of Decibully. They have toured the United States and Europe multiple times.

Headlights released The Enemies EP in 2004, and followed that up in 2006 with a split single with canadian indie rock band The Most Serene Republic. Later in 2006, the band released their debut album, Kill Them with Kindness, which has received positive reviews. The band also released Some Racing, Some Stopping in March 2008 and Wildlife in October 2009.

The band's official web site is headlightsmusic.com and they also have a myspace page.

Some Racing, Some Stopping