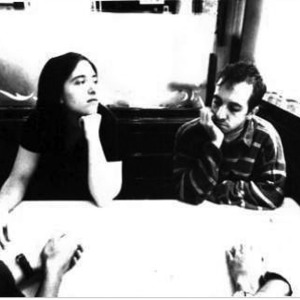 The Magnetic Fields is a New York-based group fronted by Stephin Merritt. Recent albums released under the name "The Magnetic Fields" usually consist of synth-pop music in a 1980s style underlying clever lyrics which are often heavily ironic. While synth-pop often forms the foundation of their music, The Magnetic Fields' music borrows from many other styles, notably country, folk and indie pop. The band was originally formed in Cambridge, Massachusetts in 1990 by friends Merritt and (percussionist/pianist/vocalist) Claudia Gonson.

The band was originally formed in Cambridge, Massachusetts in 1990 by friends Merritt and (percussionist/pianist/vocalist) Claudia Gonson. While 1991's Distant Plastic Trees and 1992's The Wayward Bus (now most easily available together as a compilation, The Wayward Bus / Distant Plastic Trees) are sung by Susan Anway, all subsequent albums are principally sung by Merritt himself.

Longtime members include: Gonson, (cellist) Sam Davol, and (banjo player/guitarist) John Woo. Contributors include (but are not limited to) the singers Susan Anway, Dudley Klute, Shirley Simms, and LD Beghtol, and the accordionist/writer Daniel Handler (famous for writing the childrens' books A Series of Unfortunate Events under the alias Lemony Snicket).

Their most popular and best-selling album to date is 69 Love Songs issued on Merge Records as a triple album filled with many fairly short songs that are reminiscent of early Beatles productions.
The album is notable for its employment of many unorthodox musical arrangements and downright impressive quantity of material presented. Instruments used on this album include the ukulele, banjo, accordion, cello, mandolin, piano, flute, xylophone guitars, various percussion instruments, and a standard setup of synths and effects. It features several guest vocalists on several different tracks. The album is a three CD set, released in the US as three separate albums (also available as a boxed set) and in the UK as a triple album.

The album i (2004, Nonesuch Records) continues Merritt's fixation on the concept album, with each of the 14 songs beginning with the letter (and often the pronoun) "I".

The most recent album, entitled Distortion, was released through Nonesuch on the 15th January 2008 and introduced noise pop to the array of styles utilized in their music. The album's release was followed by a sold-out U.S. tour starting in February.

Love at the Bottom of the Sea