Casiotone For The Painfully Alone 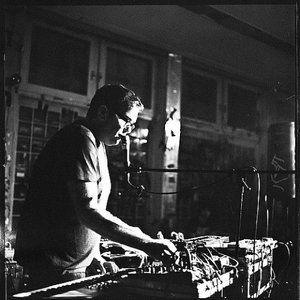 Casiotone for the Painfully Alone (CFTPA) was the beats-and-keys solo project of singer, songwriter and Chicago resident, Owen Ashworth. Drawing heavy influence from traditional Americana as well as 80's synth pop and commercial hip hop, the music of CFTPA is a curious mix of austere character studies and playful electronic programming. Owen Ashworth started to make music on a small casio keyboard back in 1997.

Owen Ashworth started to make music on a small casio keyboard back in 1997. His first two albums, "Answering Machine Music" and "Pocket Symphonies for Lonely Subway Cars," were made using nothing but small, battery-operated keyboards and Ashworth's own voice (along with occasional accompaniment by guest musicians). These early albums are now available on one CD, appropriately titled "The First Two Albums by Casiotone for the Painfully Alone."

Ashworth has released numerous EPs and full-length albums, with a trademark austere lyrical style that conveys emotions through its simplicity and directness.

CFTPA expanded its sound in 2006 with Ashworth's release 'Etiquette,' now using more instruments and effects (as well as more professional production and vocals from Jenny Herbinson). This album has given Ashworth room for experimentation and thinking space.

In 2009, CFTPA's newest album, titled 'Vs. Children,' was released. Although vocally very similar to his earlier work, the album features a greater variety of acoustic instruments and further demonstrates Ashworth's interest in pursuing more complex arrangements for his songs. His live shows reflect this as on his most recent tour he is joined by a full band.

In 2010 Ashworth announced that he was retiring the "Casiotone for the Painfully Alone" name, as well as the songs he wrote under that name. He now preforms as Advance Base and a producer.