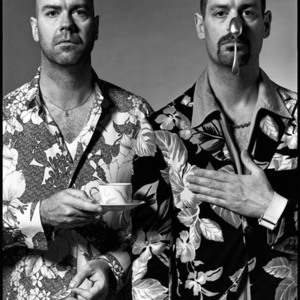 Named in honor of a line of furniture designed by Charles and Ray Eames, the Chicago-based chamber-pop outfit the Aluminum Group was led by brothers John and Frank Navin, longtime staples of the Wicker Park music scene who first surfaced in 1983 as members of the hardcore band Women in Love. Always harboring a secret affecton for the music of the Carpenters and Sergio Mendes & Brasil 66, the Navins eventually formed the Aluminum Group, stubbornly pursuing their brand of lushly orchestrated pop until the sound actually became newly fashionable during the mid-1990s.