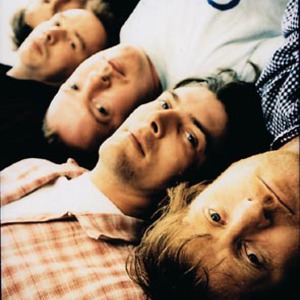 The High Llamas are a London-based musical project created by Irish-English guitarist and songwriter Sean O'Hagan after the demise of his group Microdisney. Although he writes and arranges the music and frequently uses the High Llamas moniker for his own personal musical efforts (e.g. remixes), the High Llamas are nominally a group, which usually includes Microdisney bassist Jon Fell and a rotating cast of others including keyboardist Marcus Holdaway and drummer Rob Allum.

Although the High Llamas' output (including the eponymous debut album, technically credited to "Sean O'Hagan") shows influences including pre-1950s American pop and folk, Brazilian jazz and bossa nova, film composers of the 1960s, and 1990s European electronic music, criticism of O'Hagan's work most frequently includes references to Brian Wilson's psychedelic period and/or kitsch lounge revival. Although O'Hagan sometimes expresses discomfort at reviewers' claims of derivative works, he generally wears his influences on his sleeve, even naming several more recent songs after the composers and pop musicians who most inspired that particular track. (Examples: "Bach Ze", "Pat Mingus", "Shuggie Todd".) The Beach Boys' influence on O"Hagan is most obvious on the expansive, cinematic 1996 album Hawaii, a musical spaghetti western on themes of tourism and colonialism. It blended elements of Pet Sounds, Smile and Wild Honey so expertly that O'Hagan was even recommended by Bruce Johnston to produce an eventually mixed Beach Boys comeback LP.

The High Llamas' own musical arrangements vary according to album, but marimbas, nylon-string guitars, and heavily reverbed pounding tack pianos are often featured. For a period in the late 1990s, O'Hagan's work was often marked by distinctive vintage synthesizer "gurgling" or "bouncing" effects, first explored and developed in Turn On, his experimental collaboration record with members of Stereolab. The High Llamas' albums are also notable for frequent guest appearances by members of that band, with whom O'Hagan once played guitar, and for whom he often contributes string and horn arrangements.

The High Llamas infrequently tour and only release an album every few years; since the group was dropped by V2 Records they have made it clear that their records are personal projects that do not support them financially. O'Hagan frequently does arranging and production work for artists like The Boo Radleys, Doves and Sondre Lerche, and percussionist Allum has worked with Turin Brakes. Their work for V2 is anthologized on the compilation Retrospective, Rarities and Instrumentals, and they continue to record for Duophonic Records (UK) and Drag City (US.) Their latest album, Talahomi Way, was released in April 2011.