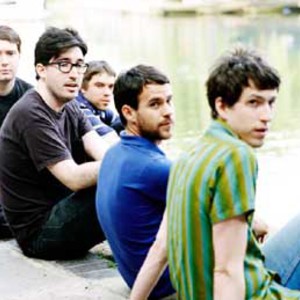 American Analog Set (sometimes referred to as AmAnSet) is an Austin-based indie rock band. They have released 6 studio albums, on the record labels Emperor Jones and Tiger Style, with their latest (Set Free) on Arts & Crafts. Formed in 1995, the group's early sound was highly influenced by krautrock and post-rock, often featuring long instrumental passages. Over time, their songs became shorter and more pop-influenced. The band has released six full-length albums, four EPs, and several vinyl singles.

In October 2005, rumors began spreading across the Internet that the group was on the verge of disbanding. The band quickly refuted such rumors, but added that they may not tour again due to their obligations with other projects.[1]

From Our Living Room To Yours

Late One Sunday & The Following Morning

The Fun Of Watching Fireworks