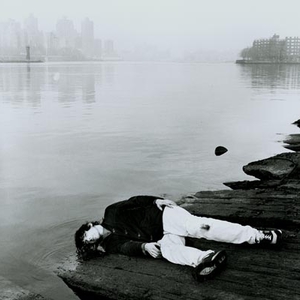 East River Pipe is the name under which Fred Cornog (aka FM Cornog) records. Cornog was born in Suffolk, Virginia, and raised in Summit, New Jersey. After succumbing to alcoholism and becoming homeless, Cornog relocated to New York where he survived by busking. There he met Barbara Powers, the two falling in love, and with Powers' support, Cornog released some home-recorded cassettes under the name East River Pipe.

These attracted the attention of UK-based Sarah Records who released his records from 1993 to 1996. Cornog then moved to Sarah Records co-owner Matt Haynes' new label Shinkansen Records and to Merge Records in the USA.

We Live In Rented Rooms

What Are You On?

Even The Sun Was Afraid

Shining Hours In A Can