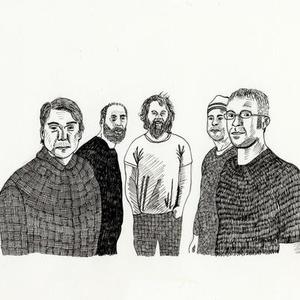 Built to Spill is an indie rock band based in Boise, Idaho, United States. The band is best known for its catchy guitar hooks and the unique voice of frontman Doug Martsch. Former Treepeople frontman Doug Martsch formed Built to Spill in 1992 with Brett Netson and Ralf Youtz as the band's original members. In an interview with Spin magazine, Martsch stated that he intended to change the band's lineup for every album, with Martsch being the only permanent member.

Former Treepeople frontman Doug Martsch formed Built to Spill in 1992 with Brett Netson and Ralf Youtz as the band's original members. In an interview with Spin magazine, Martsch stated that he intended to change the band's lineup for every album, with Martsch being the only permanent member. After the band's first album, Ultimate Alternative Wavers (1993), the lineup changing idea held true, as both Netson and Youtz were replaced by Brett Nelson (not Netson) and Andy Capps for 1994's There's Nothing Wrong With Love. A compilation album called The Normal Years, consisting of recordings by both the first and second trios, was released in 1996. Between recording albums in 1995, the band gained notoriety by playing on the Lollapalooza tour.

Martsch signed Built To Spill to the Warner Brothers label in 1995. Unlike many artists signed to major labels, however, the deal the band brokered with Warner allowed it to retain a large degree of creative control over future albums. Built to Spill produced its first major label release in 1997 with Perfect From Now On. By this time, the band consisted of Martsch, Nelson, Netson, and Scott Plouf. Perfect From Now On met with critical success and caused Built To Spill to become one of the United States' most recognizable indie rock bands. Before releasing another album, Martsch made Nelson and Plouf permanent members of the band. In 1999, the band released Keep It Like a Secret to continued critical success, and for the first time, significant commercial success. In response to fan requests, the Live album was released in 2000. The band's fifth studio album, Ancient Melodies of the Future, was released in 2001. Martsch also released Now You Know, a solo album with both blues and folk elements, in 2002. After 2002, Warner Bros. records signed the band to another album.

Built To Spill did not tour as a band in 2002 although Doug Martsch performed numerous solo concerts in support of his solo album. From 2003 to 2005, Built To Spill toured extensively with over 150 live performances, playing new songs live as early as 2004. In 2004, the band confirmed rumors that they had recorded another studio album in Portland, OR, titled You In Reverse. The album was not released in 2005 due to difficulties associated with the use of a new recording facility, inefficiencies associated with self-producing the album and time constraints. You In Reverse, the first studio album in five years, was released on April 11, 2006. The band's official lineup for the album featured Martsch, Nelson, Plouf, and Jim Roth, who was formerly a touring guitarist only. Former band member Brett Netson provided guitar work on several songs, Quasi's Sam Coomes provided keyboard work and Steve Lobdell, the owner of the Portland studio, plays on almost every song for the album including guitar, piano, vibes and percussion. Netson rejoined Built To Spill as an official member in 2006 after touring with the band in 2005.

The band announced an April/May 2006 tour in February 2006 in support of the new album. In late March 2006, however, frontman Doug Martsch suffered a detached retina that required surgery, causing the band to cancel its appearance at the South by Southwest music festival and postpone several of their tour dates. The band rescheduled the April and May tour dates in the fall, but most June dates on the West were not postponed. At their June 3, 2006 show, their first of the 2006 tour, Built to Spill played four unreleased songs that were not included on You In Reverse. This show also included the dedication of the song "Car" to former band member Andy Capps who had passed away a few weeks earlier that would continue throughout the tour.

In July 2007, Built To Spill released a new 12" vinyl single with two reggae-esque tracks, "They Got Away" and "Re-Arrange". According to Doug Martsch, BTS is not becoming a reggae band, they just "love to play it".


In 2009 Nelson replayed and recorded one song off of each full length Built To Spill album in ""New Wave circa 1982" style with analogue synthesizers and a drum machine having Martsch resing all of the songs and released it July 2010 through CDBABY,Itunes and Junketboy as The Electronic Anthology Project.Nelson's son (Nicholas) did the art/layout with the titles reworked as anagrams by his wife (Stephanie) he plans on future projects under the same moniker redoing other bands music.

Youtz and Martsch are also brothers-in-law. (Martsch is married to Youtz's sister).

Ralf Youtz was leader of the Portland, Oregon band Ape Shape. He went on to pursue a Ph.D. in Mathematics.

Bret Netson is leader of the influential art/metal Boise band Caustic Resin, which put out a split 10" with BTS in 1995. That album has two different cover photos because a found photo was used without permission for the original version, but the photographer later found out and objected.

Built To Spill Plays The Songs of Daniel Johnston

There Is No Enemy

They Got Away / Rearrange (CDS)