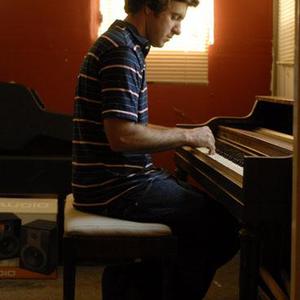 Nik Freitas is an American singer-songwriter from Visalia, California, and currently residing in Los Angeles. Freitas began his career as a staff photographer for Thrasher Magazine taking skate photos before turning his attention to music full-time in 2001. He released his first album, Here's Laughing At You, in 2002. In early 2008, Freitas became a member Conor Oberst's Mystic Valley Band. For the next two years, Freitas played guitar on, and toured for, Oberst's 2008 self-titled solo album, and 2009's 'Outer South', including having two of his own songs featured on 'Outer South'.

In February 2010 Freitas joined the live performing band for the Danger Mouse and James Mercer project, Broken Bells, and spent the year playing guitar on the road with the band.

Growing up in Visalia - an isolated, agricultural town between Fresno and Bakersfield in California's Central Valley - Freitas found solace in skateboarding, photography, and, of course, music. A self-taught musician able to play guitar, bass, drums, and piano, Freitas started recording on a 4-track in his teens - creating fully-realized, fleshed-out songs completely on his own. This early music combined dexterous musicianship and solid pop-craftsmanship with a disarming emotional innocence. From the start his talent was immensely evident, and now, after two exceptional records (2002's Here's Laughing at You and 2003's Heavy Mellow) and thousands of miles touring with his band , Freitas has proven himself an accomplished and confident artist.

Freitas' music is steeped in classic, expansive pop records like David Bowie's Hunky Dory or the Beatles' Let it Be, while also referencing more modern, indie rock records such as Built to Spill's There's Nothing Wrong with Love. Taking subtle cues from music's greats, both old and new, Freitas cultivates a sturdy style that emphasizes the importance of melody and lyrics. His distinct voice - at once both self-assured and world-weary - injects the songs with personality and passion. With such dedication to the craft, Freitas channels his talent to become an inspired, engaging songwriter.

Center Of The World (EP)