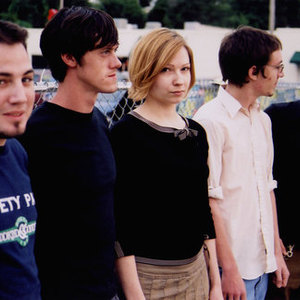 Son Ambulance is an American indie rock band based in Omaha, Nebraska, United States which formed around 2000 as "Ambulance", a name that was soon changed to "Son, Ambulance". They are signed to the Saddle Creek label. Lead singer/songwriter Joe Knapp appeared on albums of other bands, such as Fevers and Mirrors by Bright Eyes, before releasing Son, Ambulance's debut album -- a split with Bright Eyes called Oh Holy Fools.

Since then, they have released three more albums: Euphemystic (2001) and Key (2005), and, most recently, Someone Else's D?j? Vu (2008), their first release as Son Ambulance (without the comma). Other credited musicians for Son Ambulance include Robert Little on bass, Jeff Koster on drums, Jeff Tafolla on keyboards, James Cuato on saxophone, and Daniel Knapp on piano/keyboards. Jenna Morrison provides backing vocals on many tracks.