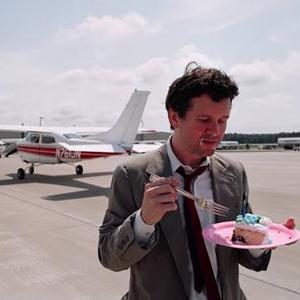 Though Mac McCaughan has plenty to keep him busy -- playing in Superchunk, managing the successful Merge Records -- he also spends time recording under the moniker of Portastatic. In 1993, Tom Scharpling of 18 WHEELER RECORDS asked to release some of McCaughan's lo-fi, four-track recordings; his request was met by the singles "Sandals with White Socks" and "Starter". Since then the side-project has recorded (using a variety of lineups) six full length albums, several singles, and two movie soundtracks.

Since then the side-project has recorded (using a variety of lineups) six full length albums, several singles, and two movie soundtracks. In 1994, McCaughan released his first Portastatic album I Hope Your Heart Is Not Brittle; followed in 1995 by a second album, Slow Note from a Sinking Ship, and the "Scrapbook" EP. The Nature of Sap appeared in 1997, and the moniker emerged again with 2000's EP "De Mel, De Melao", which paid homage to classic Brazilian artists like Caetano Veloso and Arnaldo Baptista. In 2001, McCaughan returned with Looking for Leonard, the score to a film written and directed by Superchunk fans Matt Bissonette and Steven Clark. The full-length Summer of the Shark was released in 2003, followed closely by its partner EP "Autumn Was A Lark", which was also made full-length by including acoustic versions of older songs.