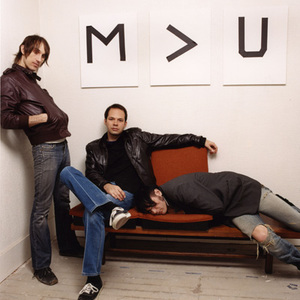 The band was formed in Los Angeles in 2001 by Chris Hathwell, Blake Miller, and Johan Boegli, when Hathwell's previous band, Festival of Dead Deer, broke up. They released their debut EP, Moving Units, on Three One G in early 2002. Their touring experience includes opening slots for Interpol, Hot Hot Heat, Pixies, and Blur. Their debut full-length album, Dangerous Dreams, was released on October 12, 2004 by Palm Pictures.

Most recently opening for Nine Inch Nails on the first half of their 2006 tour, after that, Moving Units released their second studio album, Hexes For Exes, an album more concentrated in the indie side, forgetting a bit of the funk.