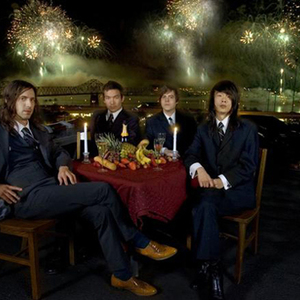 The band combines elements of French funk and dance rock. Their self-released debut, 'Le Funk', was a minor splash in the record charts but it wasn't until 2004's "Night On Fire" that the band achieved measurable success. The song is in the movie Grandma's Boy and on The OC. The band's members are guitarists Craig Pfunder and Zeke Buck, bassist Mark Palgy, and drummer Mark Guidry.
VHS or Beta released their third album 'Bring on the Comets' in August of 2007 which featured the modest alternative rock radio hit "Can't Believe A Single Word". Their fourth album, "Diamonds & Death", released in 2011.

Bring On The Comets