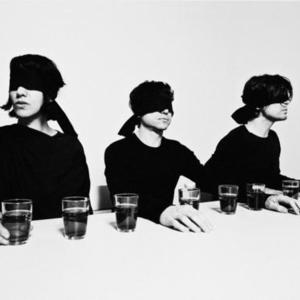 Autolux is a Los Angeles based avant-garde rock band mixing in elements of shoegaze and alternative rock, formed in 2000, (comprised of Eugene Goreshter: vocals/bass, Carla Azar: vocals/drums, and Greg Edwards: vocals/guitar, has just recently signed to TBD Records in the US for the release of their sophomore album, Transit Transit, and ATP Recordings for the rest of the world. The album was released on August 3rd, 2010.

The band's first record, Future Perfect, was released on T Bone Burnett s label, DMZ, under Columbia. Future Perfect was released in the winter of 2004 and began with "Turnstile Blues", featuring one of the most distinctive drumbeats and musical atmospheres of any album in recent memory. A Pitchfork review stated, "In the first 10 seconds of the album opener, Carla Azar shames most every beat-maker with her ridiculous Leibezeit-cum-Bonham percussion." The song created a vacuum of precise tumult that pulled you in, stretched you out, and spit your altered shape through a flawless cycle of songs. The album's otherworldly moods and eclectic makeup of songs made it difficult to categorize and gained the band much deserved respect. Four and half years have passed since the band stopped touring on Future Perfect. But the space since then has been filled with activity - in spite of any obstacles thrown their way, including the process of freeing themselves from Columbia and escaping with full ownership of Future Perfect.

As part of the long build up to the release of Transit Transit, they made available, "Audience No.2", as a 'pay what you will' track on their website. Soon after, they joined PJ Harvey for a tour of Russia. During this time they also continued to play their own shows, trying out new songs live, and in some cases revisiting the recorded versions to make necessary alterations or, in some cases, total deletions. In the summer of 2009, they collaborated with the painter, Kill Pixie (Mark Whalen) for 'Future Spa', an art exhibition/sound installation in Los Angeles. In more recent months, the band has toured extensively, including an appearance at All Tomorrow's Parties in upstate New York and an opening spot with Thom Yorke's Atoms For Peace.

Now, the much-awaited follow-up, Transit Transit is finally here. It begins no less uniquely than its predecessor, although this time the subtler concussion of rhythm that starts the title track is an announcement of change, and the following mood and vocal-- a metaphysical sorbet. If you have been waiting, somewhat impatiently, for this record, Transit Transit has yielded an unexpected mix of material, but has everything you had hoped for. And if Autolux is a band you are just discovering, here is a deep and profound world of noise and emotion to immerse yourself in.

The band produced Transit Transit themselves with guitarist/vocalist Greg Edwards serving as engineer. The record was recorded - at Space 23, the bands makeshift studio in their rehearsal room near downtown Los Angeles. The title track "Transit Transit" (the last song to be recorded) was started in Denmark by Edwards, using a virtually unplayable upright piano and a sample of a coffin-style freezer found in a nearby basement, and then finished back in Los Angeles. There is a notable sonic progression to Transit Transit: samples, vintage synthesizers, and manipulated ambience glue central song components together. There are a lot more vocal harmonies and piano driven songs, even a bit of trumpet. Vocal duties are shared by all three members throughout the album - their voices strangely similar - but each having a definite emotional character. Bassist/ singer, Eugene Goreshter continues to innovate his bass style, effortlessly modernizing the instrument's melodic role on songs like "Census" and "Supertoys", while still providing an on-edge rawness and groove-filled momentum. Edwards' guitars serve to modulate the moods throughout the record, constantly evoking feelings found in the space between emotions. And Carla Azar's sturdy, creative drumming (a phenomenon to behold on stage) continues on record with plenty of hook beats - ferocious and orchestral, at once.

The majority of the album was mixed by Kennie Takahashi, three of the tracks being mixed by Dave Sardy, and then mastered by Bob Ludwig. Artist Kill Pixie and Carla created the artwork for Transit Transit.