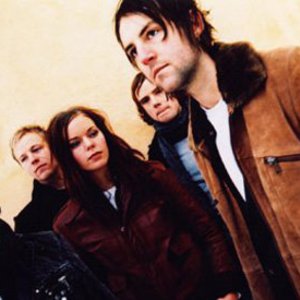 Hailing from Stockholm, Sweden, Blackstrap is one of Europe's most exciting new bands. They play blissful rock and roll drenched in the warm rays of fuzzed out guitars. Their Tee Pee Records debut ?Steal My Horses and Run? conjures up a lush atmosphere that is equal parts hypnotic rock, dream pop, and shoegaze. These sonic landscapes stretch over twelve tracks, drawing upon the inspirations of genre pioneers Spiritualized, Primal Scream, and The Jesus and Mary Chain.

Intent on encapsulating their energetic live sound for their next record, Blackstrap recorded ?Steal My Horses And Run? in a bunker in Amsterdam during frigid cold weather. The only way to keep warm was to play. Environmental and personal conditions clearly play a role in the evolution of the sound developed on ?Steal My Horses and Run?. The album sonically and conceptually captivates the melodic and amorphous world of Blackstrap.

Lyrically, the album speaks of loss and pleasure, sin and virtue, lust and love, and the rest of life's most compelling dichotomies. This album is nothing but personal to the members of Blackstrap, even the production and mixing was shared by Jonatan Westh and his old friend, Sebastian Forslund.

The result of ?Steal My Horses and Run? is that it is clearly one of those timeless albums that will put Blackstrap on the map and in the ears of thousands of listeners for years to come.

Steal My Horses And Run