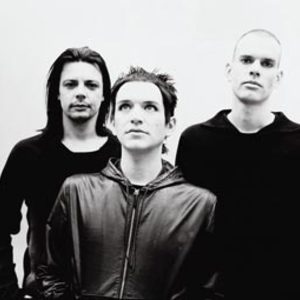 There are multiple artists with this name: 1. A popular British rock band 2. A Belgian jazz band 3. A Canadian punk band 4. A British post-punk duo 1) Placebo is a three-piece alternative rock band, formed in London, United Kingdom, when former Luxembourg schoolmates Brian Molko and Stefan Olsdal - who never actually spoke to each other at the time - met by accident at South Kensington train station in 1994.

1) Placebo is a three-piece alternative rock band, formed in London, United Kingdom, when former Luxembourg schoolmates Brian Molko and Stefan Olsdal - who never actually spoke to each other at the time - met by accident at South Kensington train station in 1994. During their 'accidental' meet, Molko invited Olsdal to one of his gigs, where Olsdal was impressed by Molko's unique vocals. While briefly known as Ashtray Heart, the band soon settled on the name Placebo, after the drug that has no active ingredient but works because the patient believes it does.

Soon after forming, the band could not decide on a permanent drummer, with Steve Hewitt (drums) and Robert Schultzberg both alternating on the spot. While Hewitt was the preferred choice, he was bound by other musical commitments as drummer for London-based band Breed, leading to Schultzberg being the drummer when the band signed its contract with Caroline Records. As time went on, Molko and Schultzberg began to drift apart as friends, which eventually led to Molko and Olsdal persuading Hewitt to rejoin the band shortly after their debut album was released.

The singles "Nancy Boy", from Placebo (1996), and "Pure Morning", from Without You I'm Nothing (1998), are still to this day the peak of their British success, with both tracks charting in the top ten. Since Without You I'm Nothing, the band have fallen out of fashion, particularly with the British music press, who regularly mocked the personality and pretensions of its lead member, Brian Molko. However, the band retained a huge popular and critical following in continental Europe.

Their musical style has not altered between the debut album Placebo and latest album Battle for the Sun, with their early work based around fairly straightforward guitar playing, often influenced by the style of 1970s British and American rock, and Molko's high-pitched, nasal vocals. However, the evolution of the band has led to the experimental use of both dance music (particularly seen on Black Market Music and Sleeping With Ghosts)and orchestrated pieces on their most recent album.

The band's debut album, Placebo, was recorded between 1995 and 1996 and was followed by a tour of Europe with David Bowie. Their breakthrough is often said to have come with the single Nancy Boy, which gained large success across Europe as the band began to prepare recordings for their next offering.

After two years of touring and recording, Placebo returned in 2000 with their third album, Black Market Music, followed by the release of Sleeping With Ghosts in 2003. In 2004, the band released a live DVD called "Soulmates Never Die", which contained live footage from a live concert in Bercy, Paris on their Sleeping With Ghosts tour.

The 2003 release was followed by the singles collection, Once More With Feeling, which included two new tracks I Do and Twenty Years. Twenty Years was selected as the first and only single from the compliation, and a DVD including all their videos and an exclusive documentary interview with the band members was released in conjunction.

The band's fifth album, Meds was released on 03.03.06 (04.04.06 in the United States). The album was followed by a lengthy worldwide tour throughout 2006, and, towards the end of the year, a live, Internet-only EP, 'Live at La Cigale' was released, containing six songs from Meds, and two songs from previous albums.

The band also reissued their original self-titled album with extra DVD content in late 2006 to celebrate its tenth birthday. "The 10 Year Anniversary Collectors Edition" was released on 25.09.06, complete with two B-Sides ('Drowning by Numbers' and 'Slackerbitch') and two rare demos ('Paycheck' and 'Flesh Mechanic'). The DVD contains performances by the band and the official videos for the singles from the 'Placebo' album.

In October 2007, it was announced on the band's website that Steve Hewitt had left the band. The split was considered 'amicable' by Molko, and that both sides, although disappointed, understood the decision, despite multiple rumours that reported the contrary. However, in mid-2008, Placebo, along with new drummer Steve Forrest, recorded their sixth album, Battle for the Sun, which was released in June 2009. Since it's release, the band has been touring and promoting the album worldwide.

2) About the Belgian jazz band: Leader Marc Moulin (already a veteran by the early 70's since he started in 63 with saxman Scorier) was the main composer of this rather large group (they had a four-man brass section) somewhere between Nucleus and a funky Chicago Transit Authority but with that bizarre and sometimes weird/silly Belgian spirit/absurdism. Their three albums (from 71 to 74) were widely played on the alternative scene in the early 70's, so much so, that they appeared in concert on National TV (still to be released commercially but aired two years ago).

Their debut "Balls Of Eyes" is maybe their better one (it won a prize at 1972's Montreux Jazz Festival), but the 1973 album is not far behind. After a rather disappointing eponymous album (on the Harvest label), they slowly disbanded, giving their last concert in 76. Marc Moulin will then have a long solo career (his best album being Sam Suffy in 75), diddle in Eurovision spoof-group Telex, work with great Belgian group Cos (see their entry), produced many artist (Philip Catherine a.o.), host his own radio show, had his own record label and for the last 15 years has been a precursor in acid-jazz. Although none of their vinyls have received a Cd reissue (yet), there is now a compilation that is really an excellent introduction and the track selection suffers no discussion: you are getting the best one possible. Actually their records gained back some interest since they were sampled a few times for Trip-hop records.

3. According to wikipedia, Feist was the lead vocalist for a Calgary punk band called Placebo as early as age 15 in 1991.

4. In 1982 Gary and Michelle Wild (a married couple) found their way to the small village of Pity Me near Durham and laid down nine tracks at Guardian Studios. The resulting LP was entitled 'England's Trance' and issued by Aura Records the same year.
Official site: http://www.candisc.com/placebo/

Life's What You Make It (EP)

A Place For Us To Dream (20 Years Of Placebo)