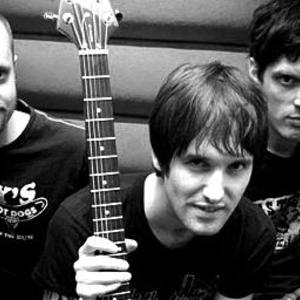 Ash are an alternative rock band that formed in Downpatrick, Northern Ireland in 1992. The media originally pegged Ash's music as britpop when the band first found mainstream success. The current line-up of the group is as follows: Tim Wheeler (vocals and guitar), Mark Hamilton (bass guitar) and Rick McMurray (drums). Ash's full-length debut "1977" was released in 1996 and followed 1994's mini album "Trailer".

The current line-up of the group is as follows: Tim Wheeler (vocals and guitar), Mark Hamilton (bass guitar) and Rick McMurray (drums).

Ash's full-length debut "1977" was released in 1996 and followed 1994's mini album "Trailer". Named after the year they were all born (and in honour of the year Star Wars was released), "1977" displayed Wheeler and Hamilton's full-fledged love for all things extra-terrestrial and science fiction-related. In autumn 1997, guitarist Charlotte Hatherley was added to the existing trio. Hatherley was recruited from the band Nightnurse.

The new quartet's sophomore effort - "Nu-Clear Sounds" was released in 1998 to a mixed critical reaction. "Free All Angels" followed in April 2001, gaining a U.S. release in the following summer.

Meltdown, the band's first Stateside release for Record Collection, arrived in spring 2005. A year later, and after nine years with Ash, Charlotte Hatherley announced her departure from the band to concentrate on a solo career. The split was amicable and the members of the band have mentioned that they are open to Charlotte returning.

In 2007 the remaining trio (and original line-up) released the album "Twilight Of The Innocents".

The band announces what amounts to a creative Everest, the ?A-Z Series': 26 singles in one year, a single for each letter of the alphabet, one release every fortnight. The first taster is free download Return Of White Rabbit, and the UK press loves it; a refreshing electro take on the unstoppable Ash formula, it suggests the ambitious new release schedule has revitalized the band.

The unique subscription service run from the band's website and own label ?Atomic Heart Records' is kicked off with ballad True Love 1980 and is promptly followed by another Ash innovation, the A to Z Tour. The band embark on an alphabetical tour of the UK, a brave ? if not foolish ? trip around the British Isles from Aldershot to Zennor, bringing the Rock back to some of the nation's lesser known music venues.

Ash were joined by Bloc Party guitarist Russell Lissack for live performances in 2010 while Bloc Party was on hiatus.

The Best Of Ash