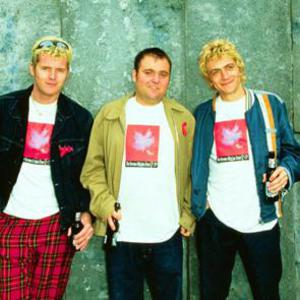 Dodgy are an English britpop trio, composed of Birmingham's Nigel Clark (vocals and bass) and Mathew Priest (drums), along with Londoner Andy Miller (guitar). Although having the most air-played single of 1995 "Good Enough" Clark eventually left the band in 1998, and the band officially split up, only for Priest and Miller to reform briefly in 2001 as a five-piece. Now the original trio of Dodgy are back together, having reunited in 2007. They have a new album "Stand Upright In A Cool Place" due out in February 2012, which can be preordered it directly from the band's website: http://www.

Of the 11-year gap between albums, singer Nigel Clark says "What's the rush? We've taken our time to make sure this album is better than our last one? and that was brilliant. The fans deserve it and we believe that the songs are good enough to win us a whole new audience."

When they reformed 2007 they announced they were heading out on tour in November that year, unfortunately Andy broke his arm forcing them to delay the shows until March 2008. The band described these shows as a homecoming, inspiring a five star review from the Guardian newspaper.

The band's debut album, produced by The Lightning Seeds' Ian Broudie demonstrated a comprehensive grasp of classic british pop influences. In many ways the album pre-dated the Brit-pop sound that would come to dominate the English scene with the arrival of Oasis.

The later re-incarnaton was with Priest and Miller, joined by vocalist David Bassey; keyboardist Chris Hallam, and bass player Nick Abnett. This new version of the group would record one album, Real Estate, released in 2001. The most notable fact about this record is that the band's fans partially helped fund the recording sessions.

What Are We Fighting For

At The BBC CD2

At The BBC CD1

If You're Thinking Of Me (CDS)

Water Under The Bridge (CDS)