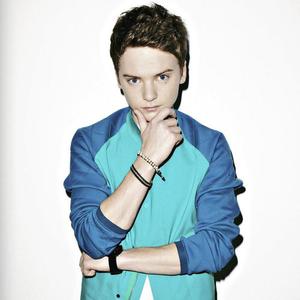 Conor Maynard (born 21 November 1992) is a British singer from Brighton who is currently signed to EMI subsidiary, Parlophone. Maynard started accumulating a fan base after he started posting videos to YouTube of his performing various cover versions. He rose to success in 2012 when he was nominated for, and subsequently won, MTV's Brand New for 2012 award. The teenage singer beat a shortlist of nine other nominated artists, including Delilah, Michael Kiwanuka and Lana Del Rey receiving approximately 45% of the 150,000 votes.

His debut single, "Can't Say No", was released in the United Kingdom on 16 April 2012.
Maynard also works closely with his Irish cousin Megan or Meg, who helps write his songs and make his music videos. The two have a very close bond as they both have a love and a passion for music.

For The Night (CDS)

Nothing But You (CDS)