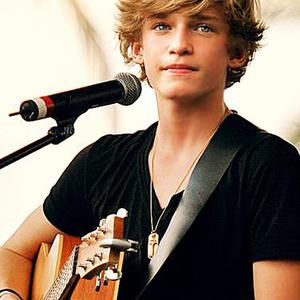 Cody Simpson (born 11 January 1997) is an Australian pop/R&B singer-songwriter from Gold Coast, Queensland, Australia who is currently signed to U.S. record label Atlantic Records. Simpson began to record songs in his bedroom during the summer of 2009 on YouTube, performing Jason Mraz's "I'm Yours", "Cry Me a River" by Justin Timberlake, and his own songs, "One" and "Perfect". He was subsequently discovered on YouTube by Shawn Campbell, a Grammy-nominated record producer who has produced for Jay-Z and other artists.

Simpson's rise to recognition was featured on The 7.30 Report in December 2009. "iYiYi" is already a top 20 hit and "Summertime" is his second single. According to Songfacts, Cody performed "iYiYi" at the 2010 Australian Kids' Choice Awards as the closing act, where he won the Fresh Aussie Musos Award. Cody was a national-level swim champion before his rise to stardom. However, when he was asked to move to the U.S with his family to pursue his music career, he made the decision to give up his swimming.