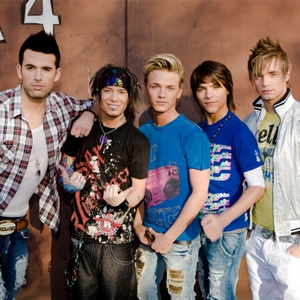 They hit No. 1 on the German Billboard Charts with their debut single Maria and received the German Radio Music Award for Best Newcomer 2005. This is the ultimate boy band says Pearlman, proud of his musical empire Trans Continental Records. He has explained, As long as God keeps making little girls, there will always be boy bands. His portfolio reads like the Whos Who of international pop success with names such as the Backstreet Boys, N SYNC, LFO and O-Town, just to name a few. Pearlman and his acts have sold over 65 million albums and with the addition of US5 to the roster, millions more will be added.

Too Much Heaven (MCD) CD2

Too Much Heaven (MCD) CD1

The Boys Are Back (MCD)

Too Much Heaven (With Robin Gibb) CD2

Too Much Heaven (With Robin Gibb) CD1