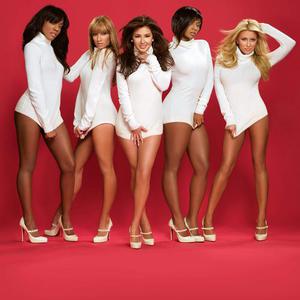 Danity Kane was an American R&B and Pop girl group signed to Bad Boy Records, first established in 2005. Formed on the third installment of MTV's Making the Band reality television series, the group went on to sell two platinum albums and be widely successful. After numerous conflicts the group officially disbanded in 2009. Each member's termination from Bad Boy was shown on seasons of Making The Band 4. The original lineup included Aubrey O'Day, Shannon Bex, Aundrea Fimbres, Dawn Richard, and Wanita "D. Woods" Woodgette.

Their self-titled debut studio album was released in 2006 and achieved success in the United States, shipping a million copies domestically, while spawning two singles with top 10 hit "Show Stopper" and the ballad "Ride for You." The group released their sophomore and final album "Welcome to the Dollhouse", on March 18, 2008, following the release of their second top 10 hit single "Damaged".

On January 27, 2009, Richard confirmed to MTV.com in an interview that Danity Kane had indeed split up. The final seasons of Making The Band 4 documented the split. All members have ventured off into solo careers with hopes of a reunion in the future.

Welcome To The Dollhouse