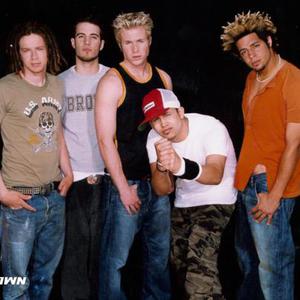 O-Town was a boy band formed from the first series of the MTV-produced reality television series Making The Band, in 2000. The members included: Ashley Parker Angel , Jacob Underwood, Trevor Penick, Erik-Michael Estrada, and Dan Miller. They were featured on the "Pok?mon: The Movie 2000" soundtrack with an exclusive song, "Comin' to the Rescue". After releasing two albums (this was around the time when the public interest in the boy band format started to fade) O-Town had no other option but to disband.

Ashley Parker Angel stepped back into the spotlight in 2006 with a show on MTV (There and Back) that detailed his life after O-Town and his 2006 solo album, "Soundtrack to Your Life".

Since 2004, Jacob Underwood has been making music with his band Jacob's Loc. Their music style is a mix of rock, country and a little bit of funk.

Trevor Penick can be found on Myspace under his new name "Tre Scott". zhe is currently not active in the music business. Same goes for Erik-Michael Estrada and Dan Miller who focuses in production work.