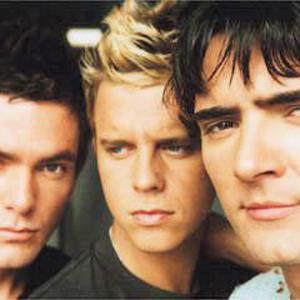 BBMak was a pop group formed in London, England in 1999, consisting of Mark Barry, Christian Burns and Stephen McNally. Together they've sold nearly 3 million albums worldwide. In the beginning, the band's sound was a mixture of pop-rock, soul, and folk music. Their first album Sooner Or Later was released in 2000 and sold over one million copies. BBMak's single "Back Here" was a worldwide hit, reaching #5 on the UK Charts, #13 on the US Billboard Hot 100 Chart and #1 on the US Adult Contemporary Chart.

However, the album Into Your Head introduced a "nu-breed" sound, with more emphasis on harmonies.

The guys broke up in 2003 and are all working on their solo material.