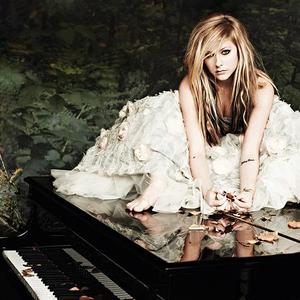 Avril Ramona Lavigne was born in Belleville, Ontario, Canada. Her father, Jean-Claude Lavigne, named her "Avril" after the French word for the month of April. At the age of two, she began singing church songs with her mother, Judith-Rosanne "Judy" (n?e Loshaw). Judy recognized her two-year-old daughter's talents after hearing her sing "Jesus Loves Me" in church. Lavigne has an older brother, Matthew, and a younger sister, Michelle, both of whom teased her when she sang. "My brother used to knock on the wall because I used to sing myself to sleep and he thought it was really annoying."