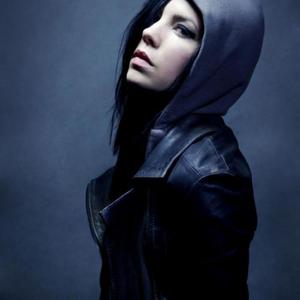 Holly Brook Hafermann, from Mazomanie, Wisconsin better known by her stage name Skylar Grey (formerly Holly Brook), is a Grammy-nominated American multi-instrumental singer, songwriter and record producer. Grey was signed to Machine Shop Recordings and performed on "Where'd You Go" by Fort Minor under the name Holly Brook. She released her debut album Like Blood Like Honey in 2006. She co-wrote the three versions of "Love the Way You Lie" with Alex Da Kid who signed her to his Wonderland Music label.

Recently she was featured in Dr. Dre's new song "I Need a Doctor" with Eminem, as well as Lupe Fiasco's "Words I Never Said" both produced by Alex Da Kid. She also co-wrote "Coming Home" with Jay-Z which is a single on the upcoming Last Train to Paris album by Diddy-Dirty Money (with her vocals also being featured on the song), along with writing "Castle Walls" by T.I. and Christina Aguilera, which is an upcoming single on T.I.'s No Mercy album. Producer Alex Da Kid has signed her to a production deal on his Wonderland Music imprint. She has also written songs for Rob Thomas and Avril Lavigne.

Grey earned a Grammy nomination for Song of the Year for her writing contributions to "Love the Way You Lie".

Stand By Me (CDS)

Wear Me Out (CDS)