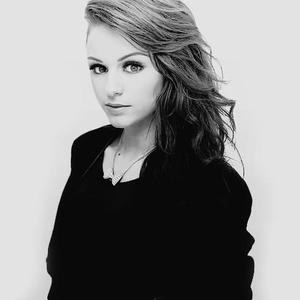 Cher Lloyd (born 28 July 1993) is an English singer and rapper from Malvern, Worcestershire who rose to fame from her part in the reality TV series The X Factor. Lloyd released her debut single, Swagger Jagger, on 31 July 2011 and it reached number one on the UK Singles Chart on 7 August 2011. Her debut album was released on the 7th of November 2011. After the final of The X Factor it was announced that Lloyd had been signed by SYCO MUSIC.

Songwriter Autumn Rowe and producer RedOne worked on her debut album, scheduled for release in November 2011. The debut single, Swagger Jagger, received its first airplay on 20 June after it had been leaked onto the internet on 15 June however, this version was later confirmed as only the demo of the track on Lloyd's Twitter account.

Lloyd has performed on T4 on the Beach. She has also performed at the Leeds Aire FM Party in the Park and Key 103 Live Manchester, both on the day of release of her debut single.

She had auditioned for The X Factor twice before (when the minimum age was lower) singing ballads but it was only after reinventing herself in 2010 that she got through to see the judges. Lloyd has previously performed at holiday camps and said she gets a mixed reaction to her music. She auditioned singing the Keri Hilson version of Turn My Swag On. At bootcamp she sang a rap version of Viva la Vida adding lyrics she claimed to have written herself, but this was disputed and reports claimed she took them from a song by rapper Swizz Beatz.

At the judges' houses she performed Cooler Than Me but suffered a throat infection and was unable to complete her song. She was given a second chance, but broke down sobbing and could not complete the song. Despite this, she was picked as one of the final three girls by mentor Cole. Lloyd sang a rendition of Just Be Good To Me in the first of the live shows. In the second live show she sang "Hard Knock Life (Ghetto Anthem)". In the fourth live show she sang "Stay" and did not rap for the first time. Cowell called the performance the best of the series. In the seventh week, Lloyd was in the bottom two for the first time after her rendition of "Imagine". Cowell, Cole and Walsh all saved her, resulting in Paije Richardson being eliminated.

Want U Back (CDS)