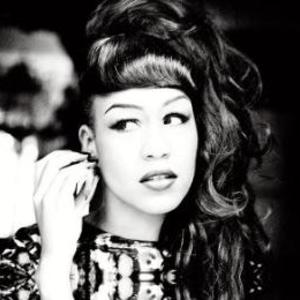 Rebecca Ferguson, 25, from Anfield, Liverpool, is the runner up of the seventh series of X Factor and was mentored by Cheryl Cole. Rebecca made it all the way to the finals where she dueted with her idol Christina Aguilera performing 'Beautiful'. Rebecca placed second behind winner Matt Cardle, and the same week was signed to Syco Music owned by Sony Music Entertainment. Songfacts reports that her debut single, Nothing's Real But Love, was released November 27, 2011, a week before Rebecca's debut album, Heaven, was made available.

Rebecca is a qualified legal secretary, having studied at Hugh Baird College, Bootle. She has previously unsuccessfully auditioned for The X Factor and for P. Diddy's Starmaker in New York but in 2010 she got the chance she had been waiting for and got through to the audition process. She sang "A Change Is Gonna Come" during her initial audition. At her bootcamp audition, she sang "Like a Star" to which Cowell said "That is a recording voice!" and Nicole Scherzinger said, "I told you first time I saw her, she is our generation's songbird." She sang "Fireflies" at the judges houses stage. For the first live show she sang "Teardrops", in the second live show she sang "Feeling Good" and in the third live show she sang "Why Don't You Do Right?". In the fifth live show, Rebecca received a standing ovation from Simon and Cheryl following her performance of "Make You Feel My Love". In the following episode, Rebecca received another standing ovation from Dannii and Cheryl after singing "Candle in the Wind".